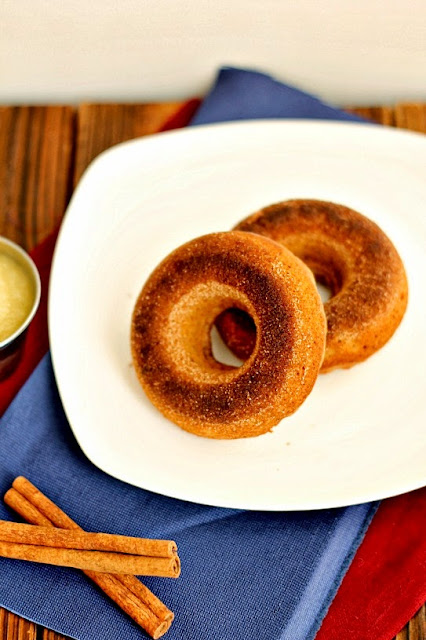 It's the last Monday of the month which means it's Secret Recipe Club.  This month I was assigned Making Miracles written by Rebekah.  Rebekah recently had a beautiful baby girl.  Congratulations Rebekah!  I couldn't believe that after having her baby, she was still updating her blog...WOW!!!  After I had my boys, whenever I had some spare time all I wanted to do was sleep.  But then again I wasn't blogging back then either.

After browsing Rebekah's blog I decided to make her Baked Apple Cinnamon Doughnuts.  The boys have been loving have doughnuts for breakfast so I thought these would be a hit in our home.  I replaced some of the flour with whole wheat flour and use coconut sugar as well.  I didn't find the doughnuts had a strong apple flavour.  I think next time I would try adding some fresh apple to the doughnuts.  The doughnuts were a hit with the boys and I will definitely be adding them to the breakfast line up!  Thank you for sharing the recipe Rebekah!