When I bought that huge package of mushrooms I also bought a huge pack of green beans I almost forgot about.  So I decided to make my mom's Kali Mirchi Gosh with Beans and Potatoes.  The major change I did was how I cooked the beans.  My mom seperately boils then and salt and peppers them.  To me that meant another pot to wash so I just dumped them in the pot when the meat and potatoes were done.  My potatoes also didn't taste seasoned after cooking so I sprinkled salt and pepper on them.  Next time I would add 2 potatoes. 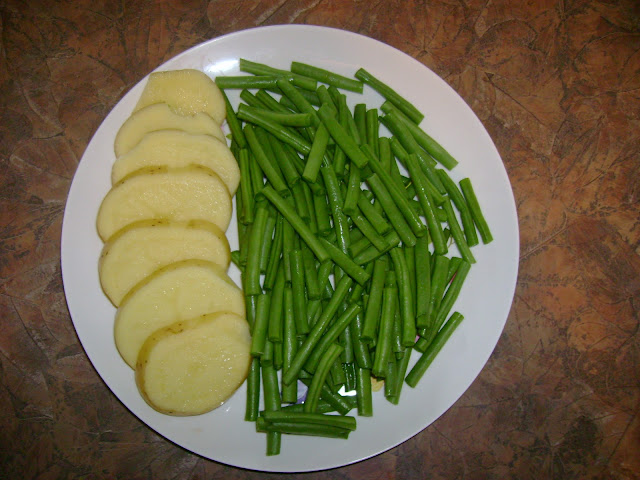 In a pot put everything except the beans and potato.  Cook on med-high heat until the veal is nicely brown all over.  Add about 1 1/4 cup water and cook until tender.  You may need to add more water as it cooks. 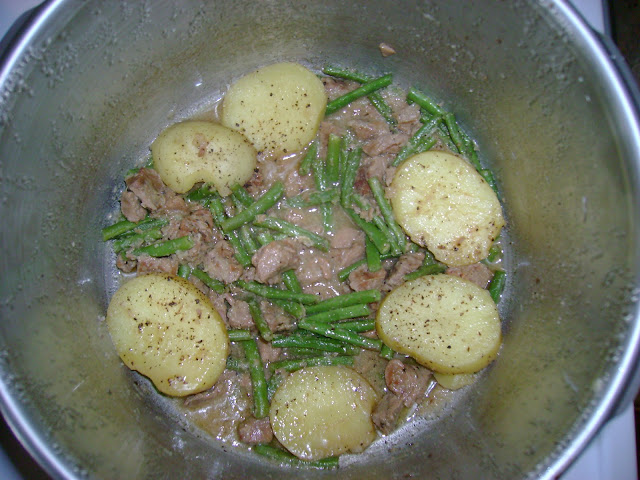 Note: I used a pressure cooker and cooked the meat for 15 minutes.  Then I added the potato and cooked for another 4 minutes.  Then I tossed in the beans and cooked on low with the lid on until tender.
at January 27, 2011
Labels: Beans and Lentils, Beef, Green Beans, Hyderabadi, Indian, Mummy, Potatoes