I made these egg noodles and my son loved them. The next day he was complaining that I haven't made them for a long time.  So I've been wanting to make them for awhile but I haven't been able to find broad egg noodles.  I could only find extra broad which I think is too wide.  So this week I found some and decided I would make these noodles.  I make my own zeera dhania (cumin coriander) powder and keep it in my pantry.  I used a 1.5 dhania : 1 zeera ratio.  I dry roast the spices and then grind them up.  This is turned out really spicy.  I used 1/2 tsp cayenne pepper.  Next time I would reduce it to 1/4 tsp.  Less Shan Masala Seekh Kabob can also be added to reduce the spiciness.  This Masala pack is not on the website but you should be able find it in your Indian grocery store. 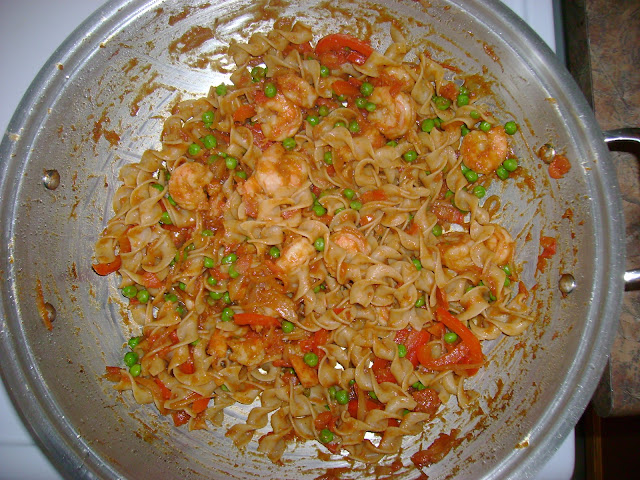 Heat up a wok.  Add oil and fry the shrimp.  When shrimp are done remove into a bowl and set aside.

Add onion and fry until soft and translucent.  Add red pepper and fry till it's softened a bit.  Add tomatoes and all the spices.  Cook until the the tomatoes have broken down.  Meanwhile cook the egg noodles in salted water.  Once the tomatoes are done, add the frozen peas and cook until the peas are done.  Add the ketchup and mix.  Add the shrimp and noodles and combine.

Serve with a dollop of yogurt or sour cream. 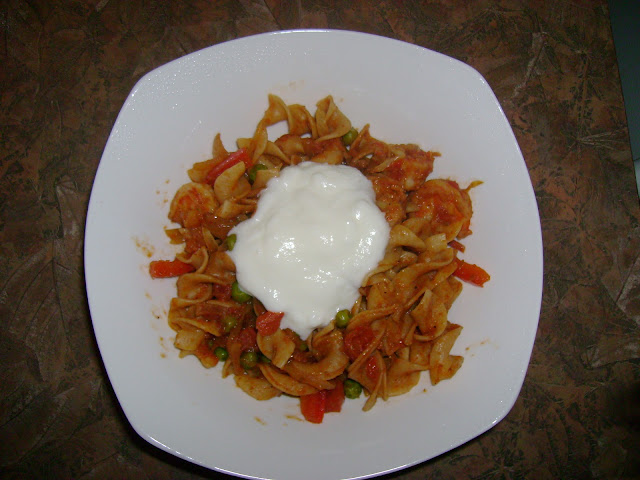