Veal Roulade with a Pepper and Mushroom Stuffing

I still have to finish off that huge packet of mushrooms I got from Costco so I thought I would make veal roulades. 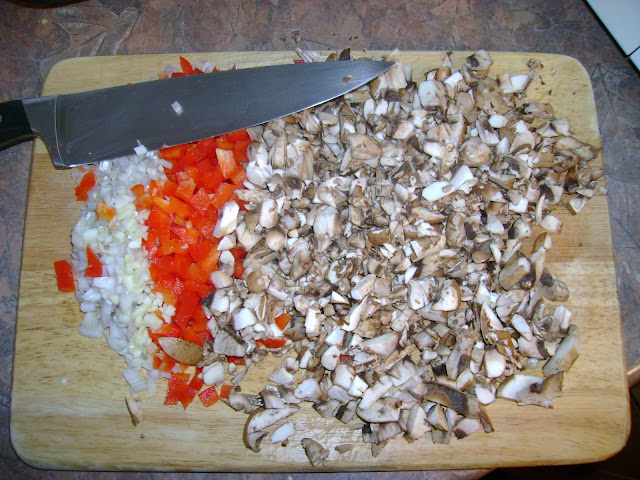 I've been wanting to make this for a while but every time I would tell the butcher I want paper thin pasanday they didn't seem to understand. When we switched butchers they actually understood.  I adapted this from a recipe I saw in Canadian Living magazine.  I usually use one of those packet gravies to serve with this. When I was done cooking the roulades I had a lot of pan juices left over so I decided to try to make a gravy using a Joy Of Cooking recipe as a guideline.  But my gravy had lumps in it.  I didn't do a good job when making the roux.

Marinate the pasanday with the meat tenderizer overnight.

Preheat the oven to 450 F. Heat the oil, then add the shallots, garlic, red pepper, mushrooms, dried thyme, salt and pepper. Cook until the liquid is gone. Remove from heat and let cool. Add the minced basil. 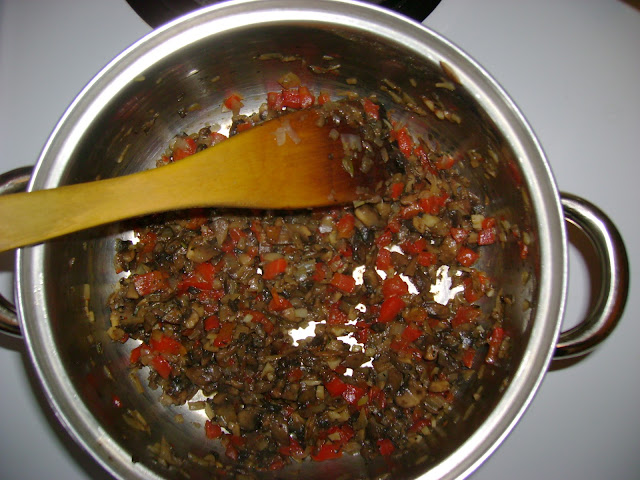 Lay the pasanday flat.  I had 9 fillets.  Divide the filling amongst all the fillets. 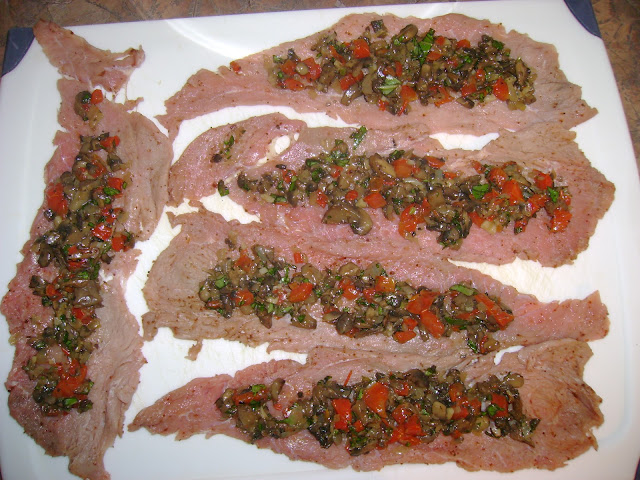 Roll each fillet and place on a lightly greased, foil lined tray.  Combine the butter, garlic, salt and pepper.  Brush over all the roulades.  Bake for about 30 minutes, or until meat is tender. 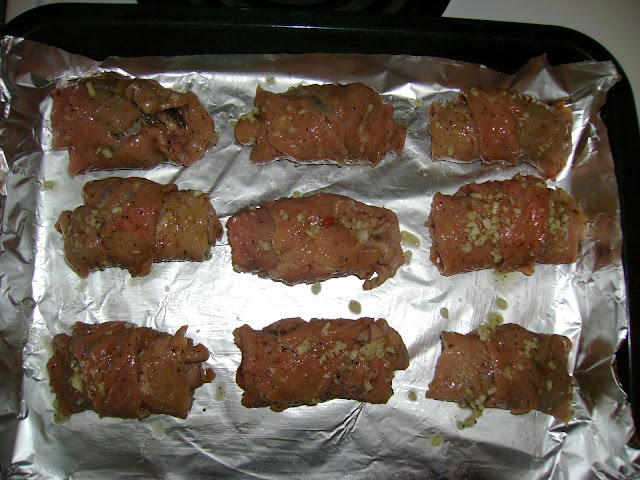 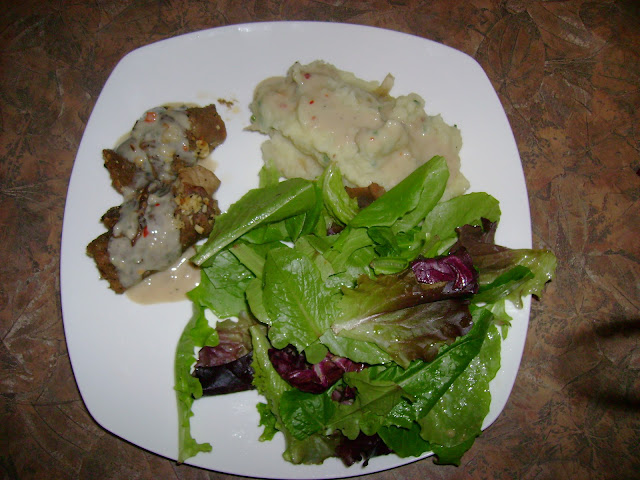 Mix the 2 tbsp pan drippings and flour in a small saucepan and whisk until smooth.  While continuously whisking, slowly pour in the remaining pan drippings, water and milk until smooth.  Keep whisking until thickened.  Could take up to 10 minutes.  Season with salt, pepper, red chilli flakes and lemon zest.
at January 28, 2011
Labels: Beef, Mushrooms, Peppers