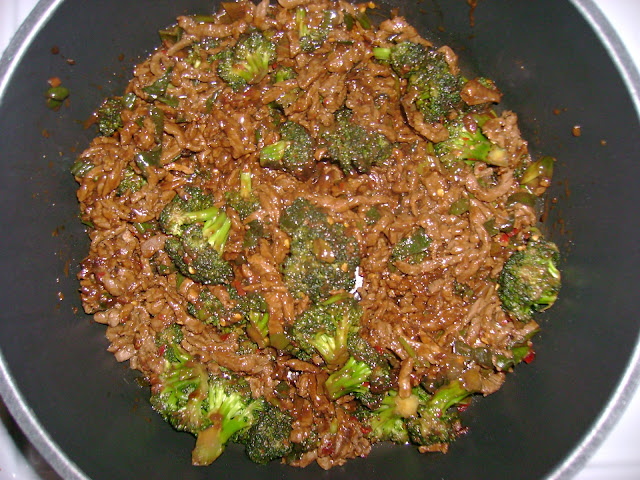 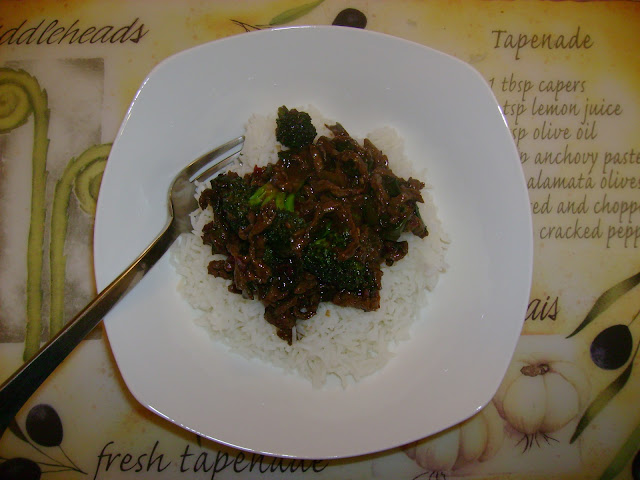 Beef with Broccoli
Adapted from The Pioneer Woman
Printer Friendly

Mix together soya sauce, orange juice, brown sugar, cornstarch and ginger in a bowl until everything is dissolved.  Add meat and mix to coat with marinade.

Heat skillet or wok over high heat.  Add oil.  Immediately add broccoli and stir fry for about a minute.  Remove to a plate,

Let wok get really hot again.  Using tongs, add half the meat mixture and spread around pan. Sprinkle half of the green onions on top.  Let sit untouched for about a minute.  Flip over and cook for another 45 seconds.  Remove to a plate.  Allow wok to heat up and repeat with remaining beef and green onions.  After turning the meat, add the rest of the meat, broccoli and remaining marinade.  Stir over high heat for about 30 seconds.  Take off the heat.  Sprinkle with red chilli flakes. Serve with rice.
at February 15, 2011
Labels: Asian, Beef, Broccoli