One of our favorite dishes to eat at Indian restaurants is Butter Chicken.  One of the reasons it's so good is because it's loaded with fat...lots of butter and cream.  A long time ago I had searched the internet for a recipe for my mom.  It's good but doesn't taste anything like the butter chicken you eat out.  I've tried making a low fat version of that recipe by substituting evaporated milk for the cream and replacing some of the butter with oil but it wasn't successful.

I think you can cook great food without it being loaded with fat.  So the other day I was searching for recipes for butter chicken on Food Network Canada trying to find a recipe that was healthier than the all the butter chicken recipes I've seen.  I came across 2 recipes: Sahara Restaurant's Butter Chicken and The Better Butter Chicken by Eat, Shrink and Be Merry.  I liked the spices in Sahara Restaurant's recipe but the amount of fat seemed insane.  Eat, Shrink and Be Merry's recipe had significantly reduced the fat but the spices didn't seem right.  So I combined the 2 recipes.  The results were great.  It had the butter chicken taste I was looking for and a lot less fat.  This dish tastes best with naan.  Now you can find naan in the bread section of many grocery stores.  You can also get frozen naan at the Indian grocery store. 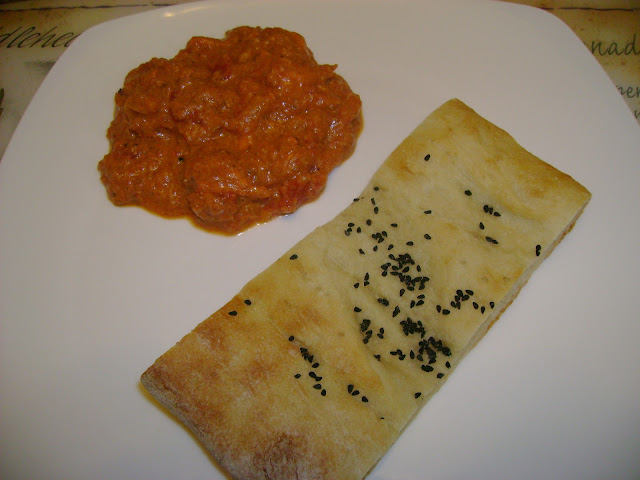 NOTE: This makes a lot of masala (sauce).  I think you can add up to 2 pounds of chicken but I have yet to try this.

2nd NOTE (January 15, 2012):  I've updated this recipe.  Originally the recipe had way too much sauce.  As well butter chicken should use kasuri methi not methi seeds.  I've also changed the way I bake the chicken which results in it being more moist.

Chicken Tikka:
Preheat oven to 350F
Combine all the ingredients excluding the chicken.  Add the chicken and mix well.  Spread chicken in a lightly greased baking pan and bake for 20-30 minutes until done.  While the chicken is cooking make the sauce.

In a small bowl mix together cumin, garam masala, salt, cayenne pepper, tandoori masala and kasuri methi.  Rub on both sides of the chicken and refrigerate for at least 30-60 minutes.

Line a pan with foil.  In a large bowl, whisk together yogurt, oil and ginger garlic paste.  Dip each chicken breast into the yogurt mixture.  Coat well.  Lay on prepared pan.  Broil 10-18 minutes or until cooked through, flipping them over halfway through.  When done let chicken rest for 5 minutes and then cut into 1 inch cubes.

Butter Sauce:
Heat the oil in the pan.  Fry onions until soft and translucent.  Add ginger-garlic paste and stir for about 1 minute.  Add all the remaining ingredients except for the sour cream and butter.  Cook on medium heat until thick.  Puree.  (I like to leave mine chunky).

When the chicken is done add to the sauce.  Add sour cream and butter.  Stir and cook for another 5 minutes.  Add milk water if you would like to thin it out.  Add the chicken with it's juices and simmer for a few more minutes.  Serve hot with naan.


Note:  If you would like a smooth sauce, puree the onions after they become translucent and then return to the pan.  Puree the tomatoes before adding.