I love Rice Krispie Treats.  When we were small and had no clue what gelatin was we used to make them at home.  Then we found out gelatin was from pigs and no longer could we make them.  A few years ago halal marshmallows became widely available and I was so happy thinking I could make Rice Krispie Treats again..but I was wrong.  They turned out so hard and chewy.  The halal treats you can buy just don't taste the same.  The other day I remember my cousin mentioning her mother in law uses marshmallow cream to make Rice Krispie Treats since they don't have any gelatin.  So the next day I headed to Wal-Mart to pick some up and some Rice Krispies.  This is another easy recipe with only 3 ingredients. 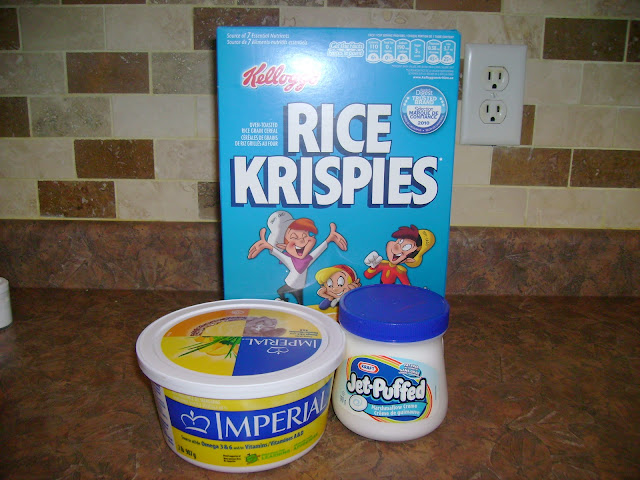 These turned out to taste just like the Rice Krispie Treats we used to eat as kids...HURRAY!!!  They are super easy to make and are great for getting small kids to help.  My son loved pouring in the Rice Krispies while I mixed. 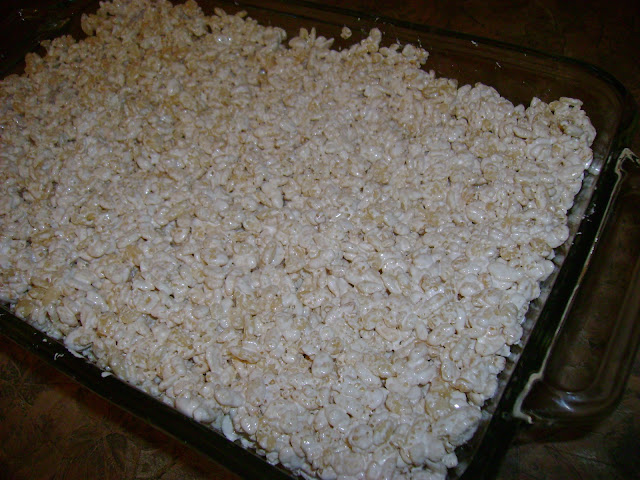 Over low heat, melt margarine or butter.  Add the marshmallow creme and mix until combined.  Remove from heat and add a cup of Rice Krispies at a time, mixing well after each addition.  Spread in a baking dish and using wax paper press down and flatten.  Cool and cut into squares. (Mine took awhile to cool and tasted best the next day)
at March 16, 2011
Labels: Dessert, Marshmallow Creme, Treats