I don't remember how I came across this recipe but I just had to share it.  Everywhere I read about this they called it ice cream.  It had the consistency of ice cream but I thought it was deceiving because it didn't taste like ice cream.  You are probably wondering what is the one ingredient....well it's BANANAS!  This is a great way to use up bananas.  I personally would avoid ones that are very overripe because it's going to taste like overripe bananas which isn't very appetizing. 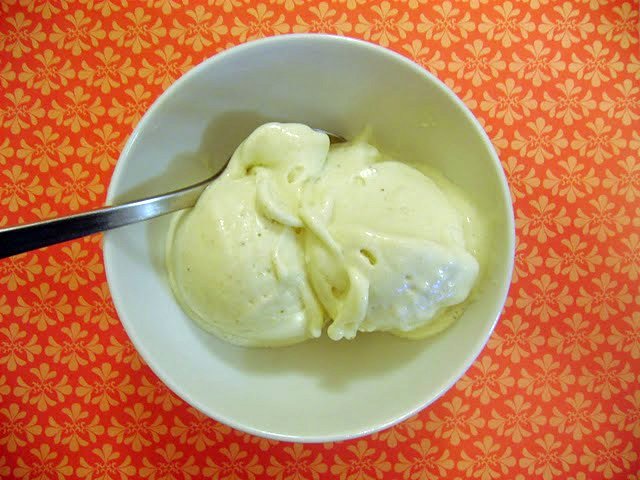 The recipe is quite simple.  Slice up a banana and freeze. 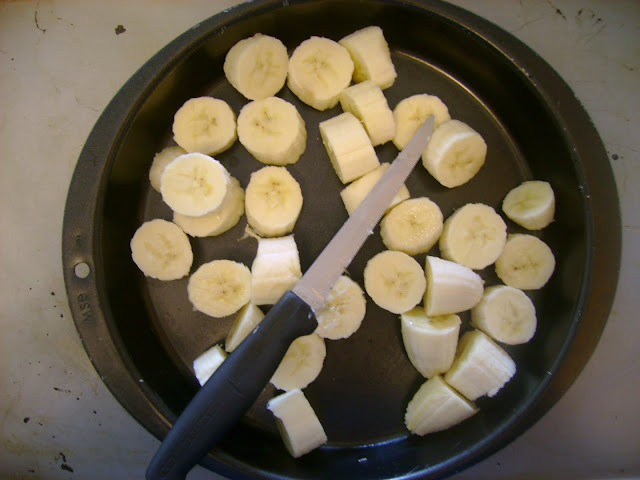 Once the pieces are frozen dump them into a food processor or blender (I used a food processor) and starting on low whiz away.  You will have to scrape down the bowl and at the bottom a few times.  Also make sure you keep one hand on your machine.  I thought it wasn't going to come together and started thinking why am I doing this...I've just wasted a bunch of bananas.  But be patient because eventually it will come together and start to take on the consistency of soft serve ice cream.  In half of it I mixed in some chocolate chips for Hasan and he loved it.  The funny thing is Hasan doesn't like bananas.  When he was younger he would eat one banana a day and then all of sudden he started saying he didn't like them.  I didn't tell him this was made of bananas.  I just told him it was ice cream and he was happy.  He also helped me making it by turning the food processor on and off.  If you are not eating all of it right away transfer to a mixer and put in the freezer.