My last post was for Herb Seasoning.  I used that seasoning in these Hash Brown Egg Nests.  My husband had bought egg whites from CostCo.  So you can imagine there were a lot of egg whites. He asked me to make something with them.  The first thing that came to my mind was Angel Food Cake but he didn't want dessert.  So after some searching I found these on SkinnyTaste.  I made them close to the original recipe but they were bland for us.  So I increased the seasonings, added some Herb Seasoning and mixed in some whole eggs.  I also omitted the cheese and mixed in some parsley and coriander.  They were much better.  The only thing I don't like about this recipe is that they take awhile to bake if you want them for breakfast.  I like things that are fast.  I don't want to be waiting around for an hour for breakfast to be made.  You can probably make the egg nests and prepare the egg filling ahead of time but I have yet to try this.  If we ever do have a bunch of egg whites this is definitely going to be on my list of things to make. 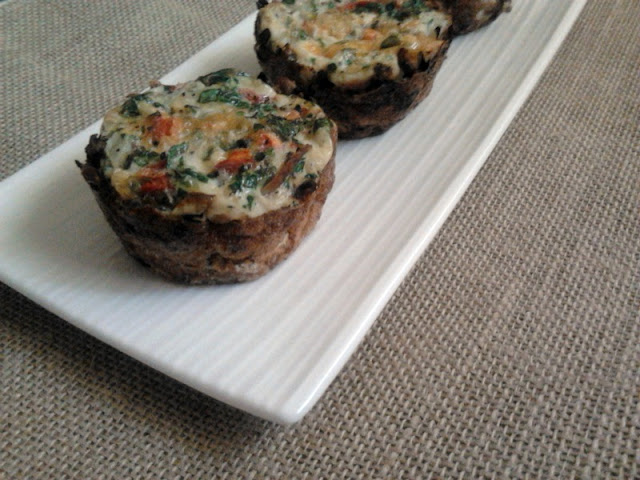 Preheat oven to 375 F.  Generously grease a muffin tin with olive oil spray.  Mix together 1 onion, potatoes, garlic powder, salt and pepper.  Fill each muffin tin with 1/4 cup of potato mixture.  Press down and form a nest.  Bake 35 minutes or until golden brown and edges are crispy.  Bake them until they are as brown as you like.  Once you add the egg they will not brown any more.

Meanwhile, combine the remaining ingredients in a bowl.  Once the nests are done fill each with approximately 3 tbsp of the egg mixture.  Bake for approximately 17-20 minutes or until eggs are done.