CheeCha Puffs Review {and a Giveaway} 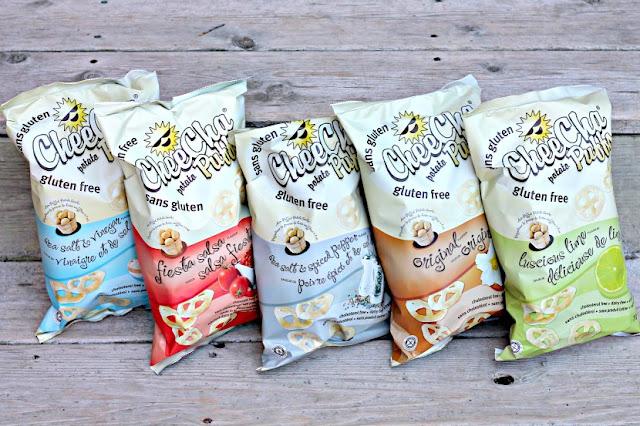 I'm always searching for healthy snacks for my family.  We all love chips but I rarely buy them because they are so high in fat.  I was very excited when I discovered CheeCha Puffs.  They are a potato puffed snack that satisfies your chip craving.  I was even more excited when they sent me a case of some of their flavours!  All of the flavours we received were Gluten Free.  They are very low in fat.  The original flavour actually has 0g of fat!  We received Original, Sea Salt and Vinegar, Fiesta Salsa, Sea Salt and Spiced Pepper and Luscious Lime. All the flavours were great.  My favorite chip flavour has always been Salt and Vinegar.  CheeCha Puffs Sea Salt and Vinegar did not disappoint.  If you're looking for something with a little spice Fiesta Salsa is the way to go!  The Original flavour is not as salty as a regular potato chip but we enjoyed it also.  I even baked with them which you can read about below!  Luscious Lime was very refreshing and had great lime flavour.  The one that surprised me the most and was my favorite was the Sea Salt and Spiced Pepper.  I was actually expecting this to be my least favorite since I've tried other products that were seasoned with black pepper and they always disappointed.  The CheeCha Puffs Sea Salt and Spiced Pepper had just the right amount of seasoning! 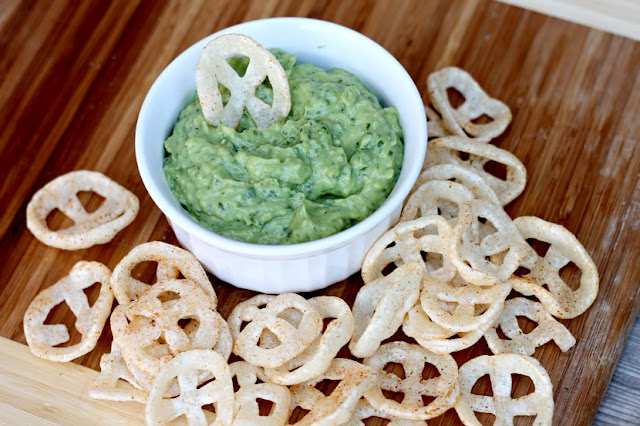 My boys loved snacking on all the flavours and they made a great snack!  CheeCha Puffs also are great with dips!  We enjoyed having the Fiesta Salsa with some homemade guacamole that I had posted awhile ago. I also used the Original Flavour CheeCha Puffs to bake some brownies.  Originally I was thinking of a sweet and salty brownie but the Original Flavour was not as salty as I thought it would be.  In the end the CheeCha Puffs gave the brownies more chew...which is always a good thing when it comes to brownies!  To make them I started with my Low Fat Fudge Brownies and made a couple of tweeks...they turned out to be very addictive and got thumbs up from both boys!

Preheat the oven to 350F and put the rack in the middle.

Line a square baking pan with foil.  The foil should come up the sides so that you will be able to pull the brownies out when they are done.  Spray the foil with oil and brush all over.

Crush CheeCha Puffs with hands.  Process in a food processor or mini chopper till a powder.  I had a few lumps.

In a double boiler, melt the butter.

Bake for 20-25 minutes or until a toothpick inserted in the center comes out clean with some crumbs sticking to the toothpick.

Remove from pan by lifting the foil and let cool completely on a wire rack.


Giveaway Details
CheeCha Puffs is a Canadian company that started out in a farmer markets in Calgary.  They are a low fat and low calorie snack!  CheeCha Puffs is generously giving one Chocolate & Chillies reader 12 bags of CheeCha Puffs (flavours picked by the winner).  This giveaway is open to Canadian residents only.  Maximum of 7 entries per person.  Please note that for the Facebook option only NEW likes are eligible due to constraints in verifying Facebook likes.  Use the Rafflecopter below to enter!

Disclosure:  I was given samples of CheeCha Puffs to review.  All opinions are my own
at May 16, 2013
Labels: Brownies, Giveaway