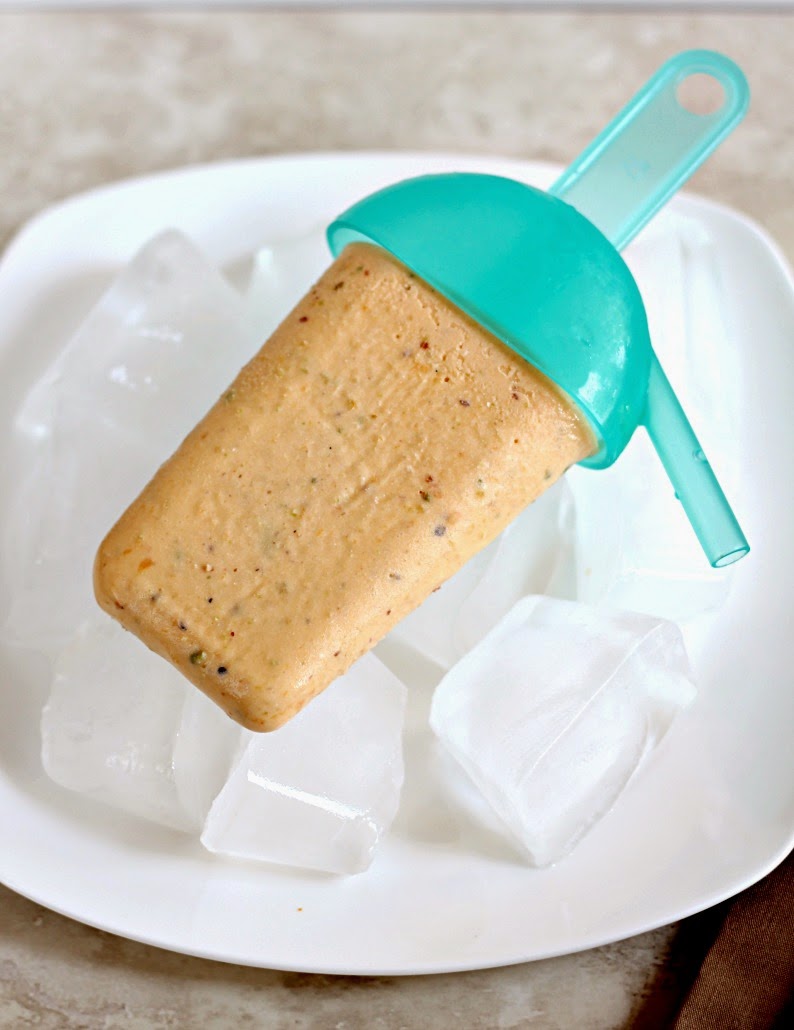 Kulfi is a traditional Indian/Pakistani dessert.  This recipe is not a traditional way to make Kulfi.  Honestly I don't even know what the traditional way is but it certainly doesn't involve evaporated milk, condensed milk and Cool Whip.  I'm sure it does involve boiling milk for a long period of time.  Regardless, we really enjoyed this shortcut version of Kulfi.  I freezed them in popsicle molds but you can also use a container and cut it into squares.  The original recipe used heavy cream.  I didn't have any, but I did have Cool Whip so I substituted that.  The Cool Whip made it a little more sweet.  The ground pistachios give the Kulfi a wonderful texture.  I'm looking forward to experimenting with this recipe to come up with different flavour combinations!