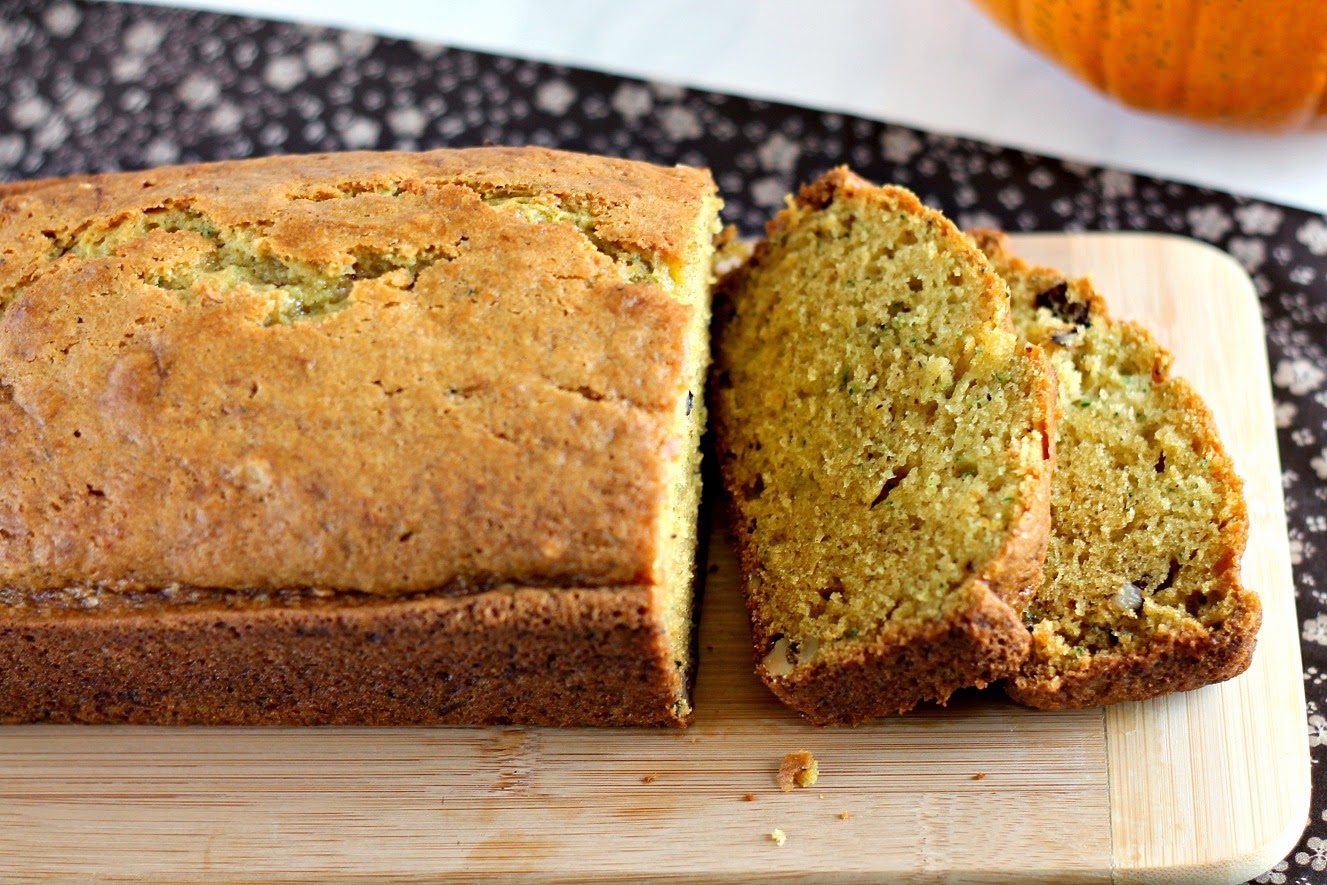 We still have pumpkin puree left so when I got my Secret Recipe Club assignment I knew exactly what I needed to search for.  I was assigned Sew You Can Cook written by Lauren.  Lauren is an aerospace engineer (that is so awesome!) living in Florida.  She shares recipes and quilting tutorials on her blog.  When I starting browsing Lauren's blog I knew I wanted to make something with pumpkin since we have so much of it.  I've already made Soft Baked Pumpkin Cookies and Mini Pumpkin Bundt Cakes.  I found 2 recipes on Lauren's blog that use pumpkin, Pumpkin Broccoli Loaf and Pumpkin Spice Latte.  I decided to go with the loaf but I used zucchini instead of the broccoli since I had a small one from the backyard.  I also made half the recipe.  The original makes 2 loaves.

I loved how this recipe uses one bowl and no mixer is involved.  It came together very quickly.  I was tempted to add in some whole wheat flour but thought I should give the original recipe a try first.  I took some for the boys when I went to pick them up from school.  I wasn't sure if Hasan would be on board because he doesn't like nuts in breads/cakes/muffins.  To my surprise, he loved it!  I've also made Lauren's Pumpkin Spice Latte.  I've never had a Pumpkin Spice Latte before so wasn't sure if it was something I was going to like but I really enjoyed it.  I haven't had a chance to photograph it but hope to soon!  Please hop over to Sew You Can Cook to check out some more of Lauren's recipes.

Pumpkin Zucchini Loaf
Adapted from Sew You Can Cook

In a large bowl, whisk the eggs.  Whisk in the sugar and oil.

Fold in the zucchini and walnuts.  Transfer to the prepared loaf pan.  Bake for 50 minutes or until a toothpick inserted in the center comes out clean.