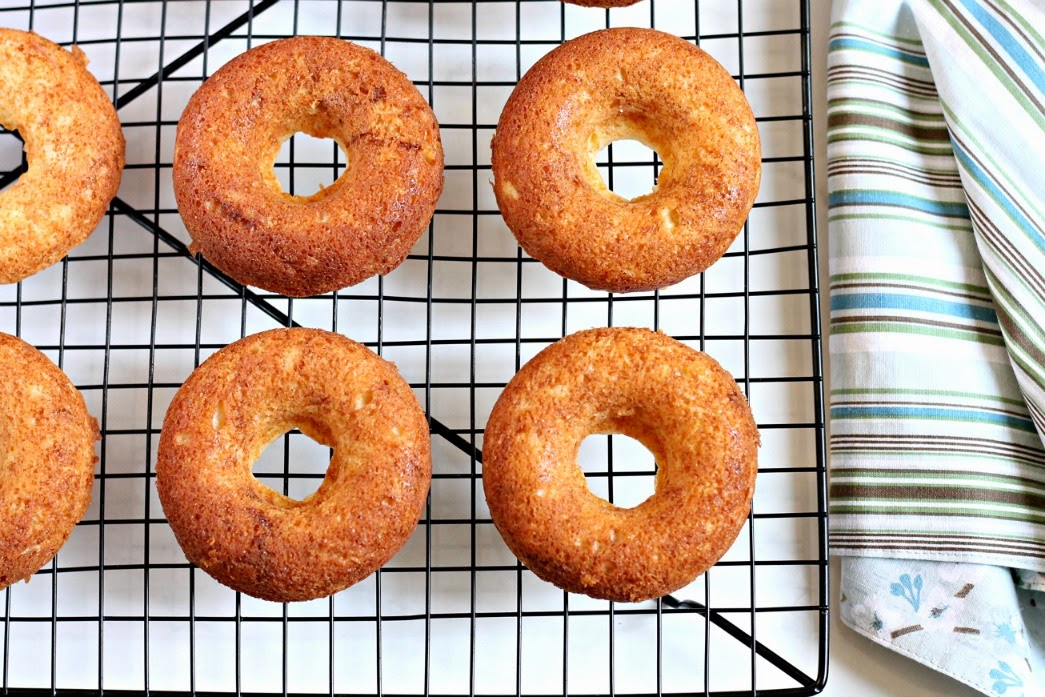 Sour cream is something I always have in my fridge.  I usually use it as a substitute for heavy cream when I cook such as in Daal Makhani or pasta.  I have also used sour cream in brownies and ice cream.  Today I'm sharing a baked treat that uses sour cream.  These Baked Sour Cream Doughnuts are made using Gay Lea Gold Premium Sour Cream.  My usual sour cream is Gay Lea Light Sour Cream and it's always worked wonderfully whenever I use it.  I was excited to see how Gay Lea Gold Premium Sour Cream would differ.  When I opened up the container, I immediately noticed how thick it was.  The flavour was excellent.  I knew whatever I baked with this would turn out to be wonderful. 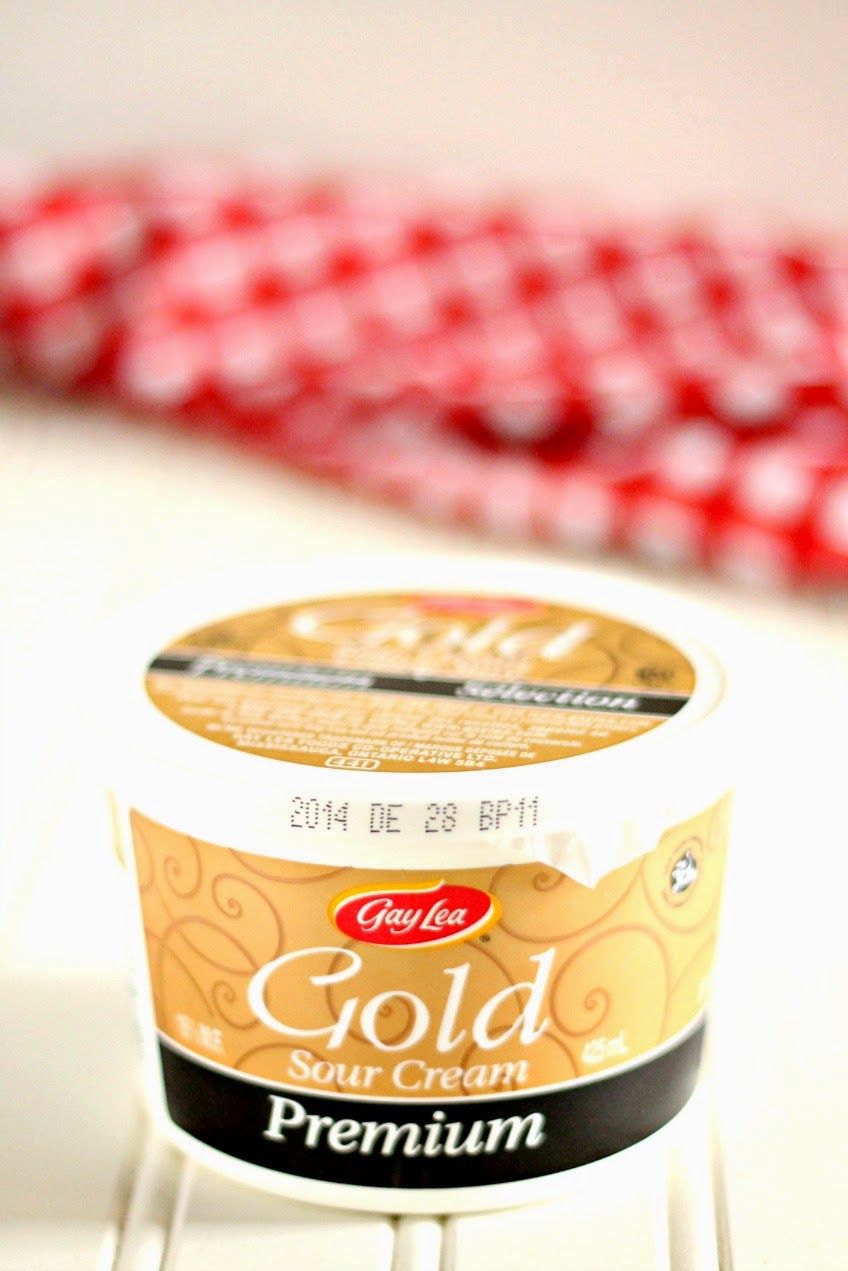 After much thinking, I decided I would make Baked Sour Cream Doughnuts.  Doughnuts are so quick and easy to make and everyone loves them!  This is a one bowl recipe, no mixer needed!  The first time I made them, I dusted them in icing sugar.  I did this by putting some icing sugar in a Ziploc bag and then adding one doughnut.  Seal the Ziploc bag well and then shake the bag to get the doughnut coated in icing sugar.  Repeat this with all the doughnuts, adding more icing sugar to the bag as needed.  You can even dip them in a vanilla glaze but I prefer these Baked Sour Cream Doughnuts plain.  They are great to have with a cup of tea!

If you are looking for more recipes using Gay Lea Gold Premium Sour Cream be sure to check out Gay Lea's recipes.  Gay Lea also sends out a monthly newsletter where they share tips and coupons!  You can sign up here.

Mom Central is hosting a giveaway.  They will be giving a one year supply (12 coupons for free Gay Lea product) to one reader from each Gay Lea Ambassador Blog.  There will also be one grand prize of a Kitchen Aid Mixer (approximate value of $399.99).  The giveaway ends on December 31, 2014.  Readers may enter across multiple blogs but can win only one prize.  This giveaway is open to Canadian residents only (excluding Quebec).  Winner(s) can expect to receive their prize in approximately 4-6 weeks.  Scroll to the bottom to enter!

Preheat oven to 350°F and spray the doughnut pans with oil.  I have also tried spraying with baking spray and I found using oil made a darker and crisper doughnut.

In a large bowl, whisk together the sour cream, egg, vanilla extract, oil and sugar.  Add the flour, baking soda and salt.  Stir until combined.

Spoon the dough into the prepared doughnut pans and bake for 12-15 minutes or until a toothpick inserted in the middle comes out clean.

Disclosure: I am part of the Gay Lea Ambassador Campaign with Mom Central
Canada and I receive special perks as part of my affiliation with
this group. The opinions on this blog are my own.
at December 15, 2014
Labels: Doughnuts, Gay Lea Mom