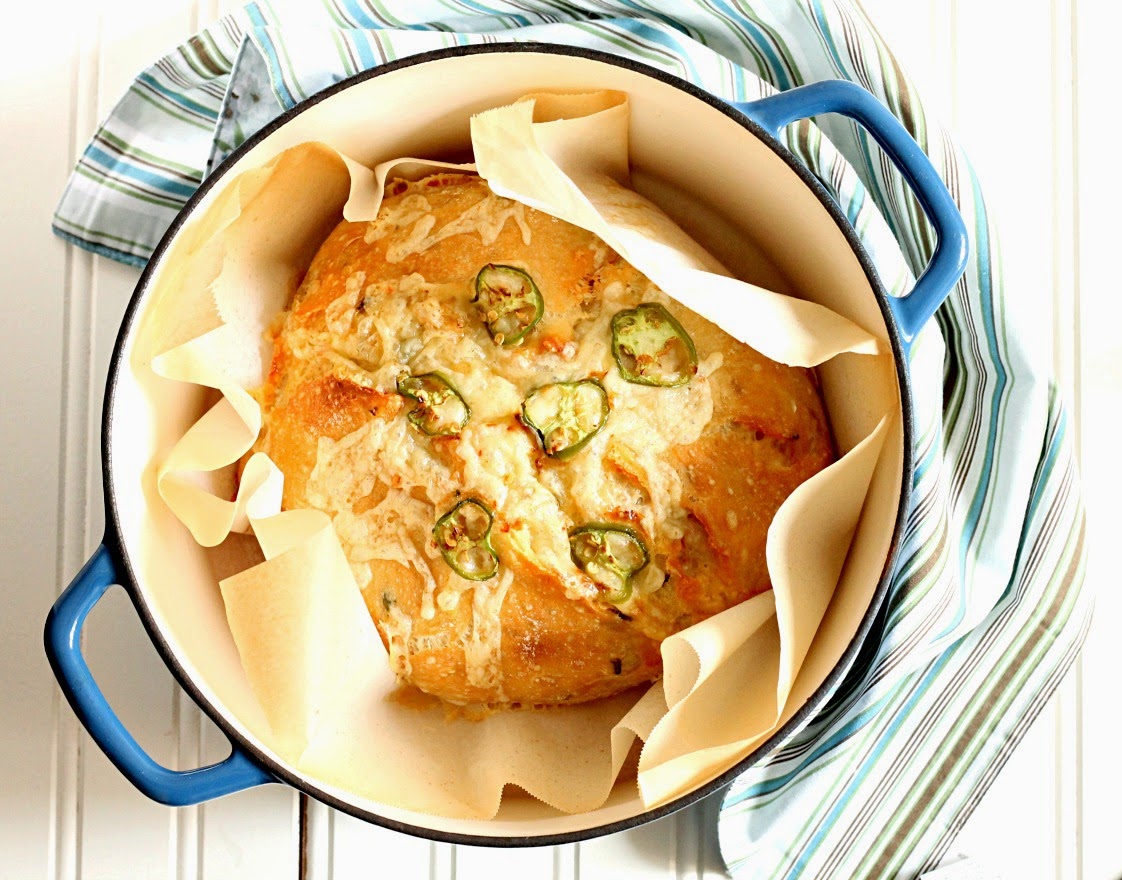 Ever since I bought my dutch oven I've been wanting to bake bread in it.  I had pinned some recipes but just never got around to it.  When I picked up a pack of Ivanhoe Monterey Jack with Red Bell and Jalapeno Peppers I knew what I was going to do with it!  I love freshly baked bread and it has been too long since I made some.  Baking bread requires a lot of time waiting for the dough to rise so a no knead Dutch Oven Bread was a perfect choice because you mix up the dough the night before, let it rise overnight and then bake the next day it in your Dutch Oven...how easy is that? 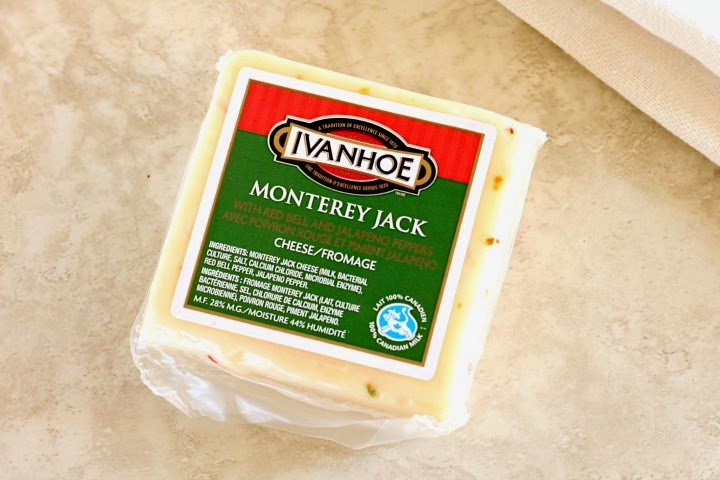 Ivanhoe produces high-quality aged cheeses and specialty cheeses.  According to Ivanhoe's website "All facets of the company's operations are HACCP certified and approved to produce both Kosher and Halal products."  They also produce award-winning cheeses such as Naturally Smoked Gouda and flavoured Monterey Jacks.

The Ivanhoe Monterey Jack with Red Bell and Jalapeno Peppers worked wonderfully in this bread.  This is a recipe that is perfect for cheese lovers.  It is full of flavour from the Monterey Jack cheese.  You can change up the cheese for different variations.  Ivanhoe has a large variety of cheeses that you can use.

This bread is very easy and quick to make.  It is a great recipe to get the kids involved in although I would have the jalapeno chopped in advance before getting them started.  When making this bread, I seeded my jalapeno and the bread was not very spicy.  Next time I'll leave the seeds in.

For more recipes and information on Gay Lea products please head to their website.

Night Before You Want To Bake The Bread:
In a large mixing bowl, add flour, yeast and salt.  Whisk together.  Add the cheese and jalapeno.  Mix until they are coated with the flour.  Add the water and mix.  The dough will be wet and sticky.  Cover with plastic wrap and let rise overnight.  You don't put it in the fridge.

Remove the lid.  Sprinkle on the shredded cheese and sliced jalapenos.  Bake uncovered for 10-15 minutes, or until golden  brown and the cheese is melted.

Disclosure: I am part of the Gay Lea Ambassador Campaign with Mom Central Canada and I receive special perks as part of my affiliation with this group. The opinions on this blog are my own.
at March 26, 2015
Labels: Bread, Gay Lea Mom, Jalapeno