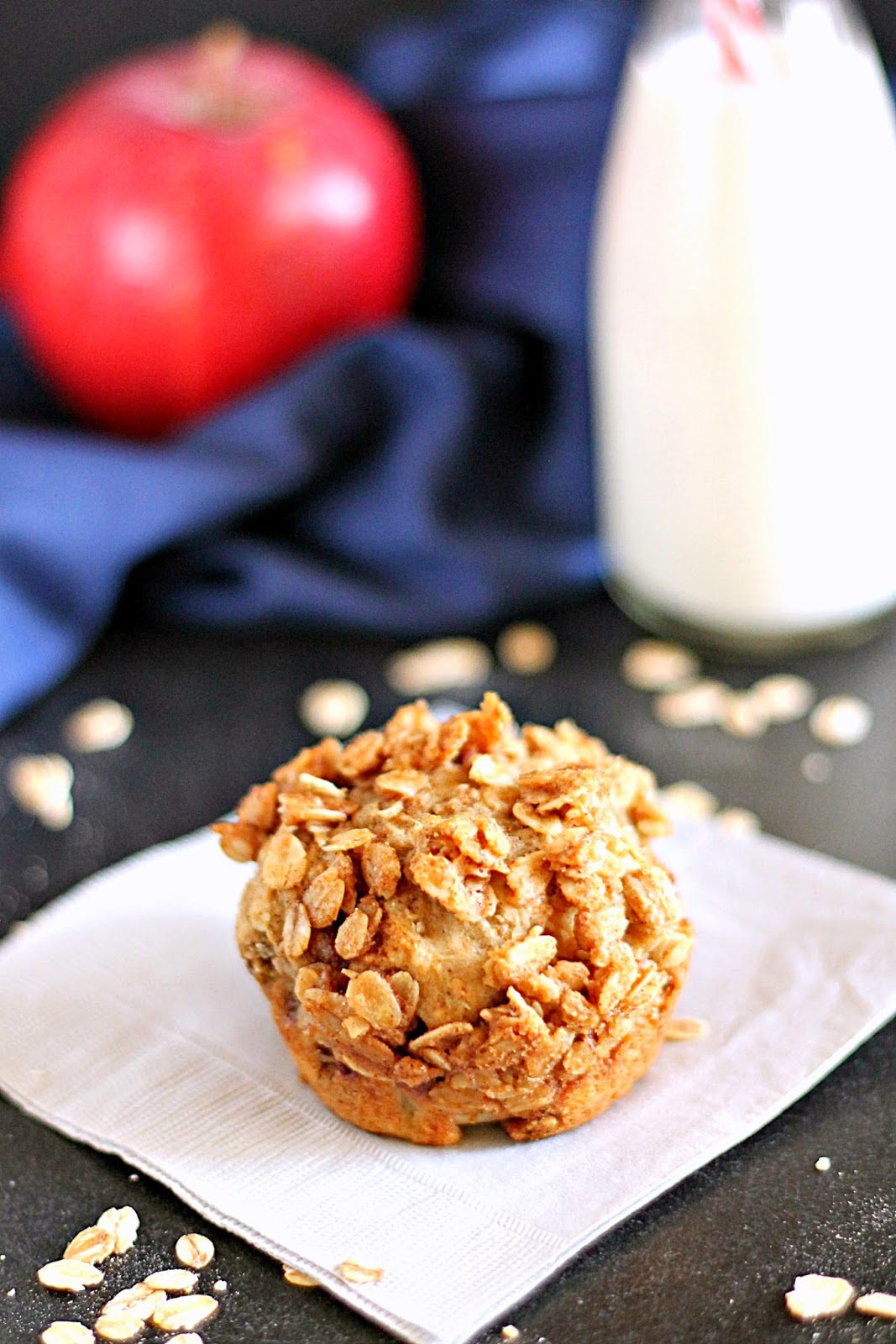 My eldest son loves to have muffins for breakfast and I love to try different muffins to bake.  I find a lot of muffin recipes really are just cake.  They are made with all-purpose flour and have lots of sugar.  When making muffins I try to make them healthier by using whole wheat flour and reducing the sugar.  So my muffins are slightly sweet and more wholesome.  For these muffins I topped them with an Oat Cinnamon Streusel that I made with Gay Lea Cinnamon & Brown Sugar Spreadables. 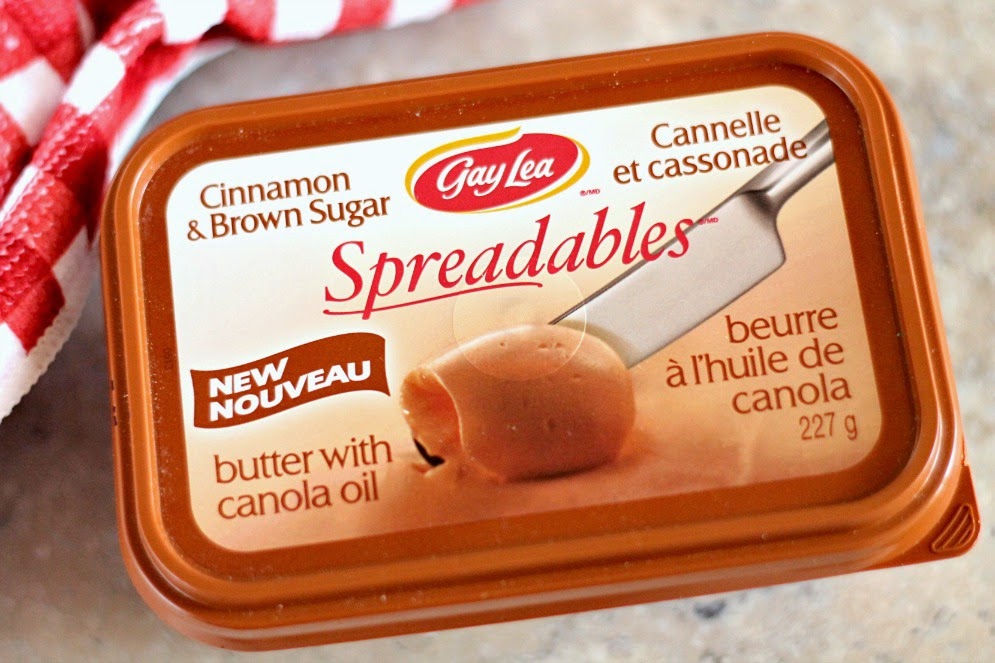 I have bought Gay Lea Spreadables for years.  I love how it combines creamy butter with canola oil which makes it spreadable even when it's cold!  Gay Lea Spreadables is a source of Omega-3 and has no added preservatives.  This was my first time trying Gay Lea Cinnamon & Brown Sugar Spreadables.  It is made with real cinnamon and brown sugar.

When thinking of a recipe to make with Gay Lea Cinnamon & Brown Sugar Spreadables, apples immediately came to mind.  I have made these muffins before and they were a big hit.  This time I added an Oat Cinnamon Streusel which I made with Gay Lea Cinnamon & Brown Sugar Spreadables.  The streusel falls off a bit during baking while the muffins rise giving it a more rustic look.  My kids love the crunch that the streusel added.  I like to use white whole wheat flour to make these.  I've never seen this in Canada so I picked up a couple of bags while I was in the States during the Winter Break.  You can use a combination of all-purpose and whole wheat flour if you can't get your hands on white whole wheat flour.  I've made these muffins both ways and I prefer using all white whole wheat flour.

If you are looking for more recipes be sure to check out Gay Lea's recipes.  Gay Lea also sends out a monthly newsletter where they share tips and coupons!  You can sign up here.

Gay Lea is generously giving away one grand prize of a brunch kit which includes one Cuisinart Rotary Waffle Maker, one Cuisinart Conical Burr Coffee Grinder and one Staub En French Cast Iron 10" Frypan with a total approximate value of $340.  They are also giving one Chocolate & Chillies reader a 1 year supply of Gay Lea Products (12 coupons for free Gay Lea Product).  The giveaway ends April 30, 2015.

The following rules apply to both giveaways:
Use the Rafflecopter below to enter.

To make the muffins, preheat the oven to 350°F.  Spray a muffin tin with baking spray.

It is important to have the ingredients at room temperature.  If you mix cold ingredients with the melted coconut oil, the coconut oil will start to solidify.

Melt the coconut oil in the microwave.  Add the vinegar to the milk and allow to sit for 5-10 minutes to create buttermilk.

Make the streuel.  In a small bowl, add the oats, flour, brown sugar and Gay Lea Cinnamon and Brown Sugar Spreadables Butter.  Using your fingers, combine until crumbly.  Top the muffins with the streusel.  Bake 15-20 minutes or until a toothpick inserted the centre comes out clean.

Disclosure: I am part of the Gay Lea Ambassador Campaign with Influence Canada and I receive special perks as part of my affiliation with this group. The opinions on this blog are my own.
at April 23, 2015
Labels: Apples, Breakfast, Gay Lea Mom, Muffins