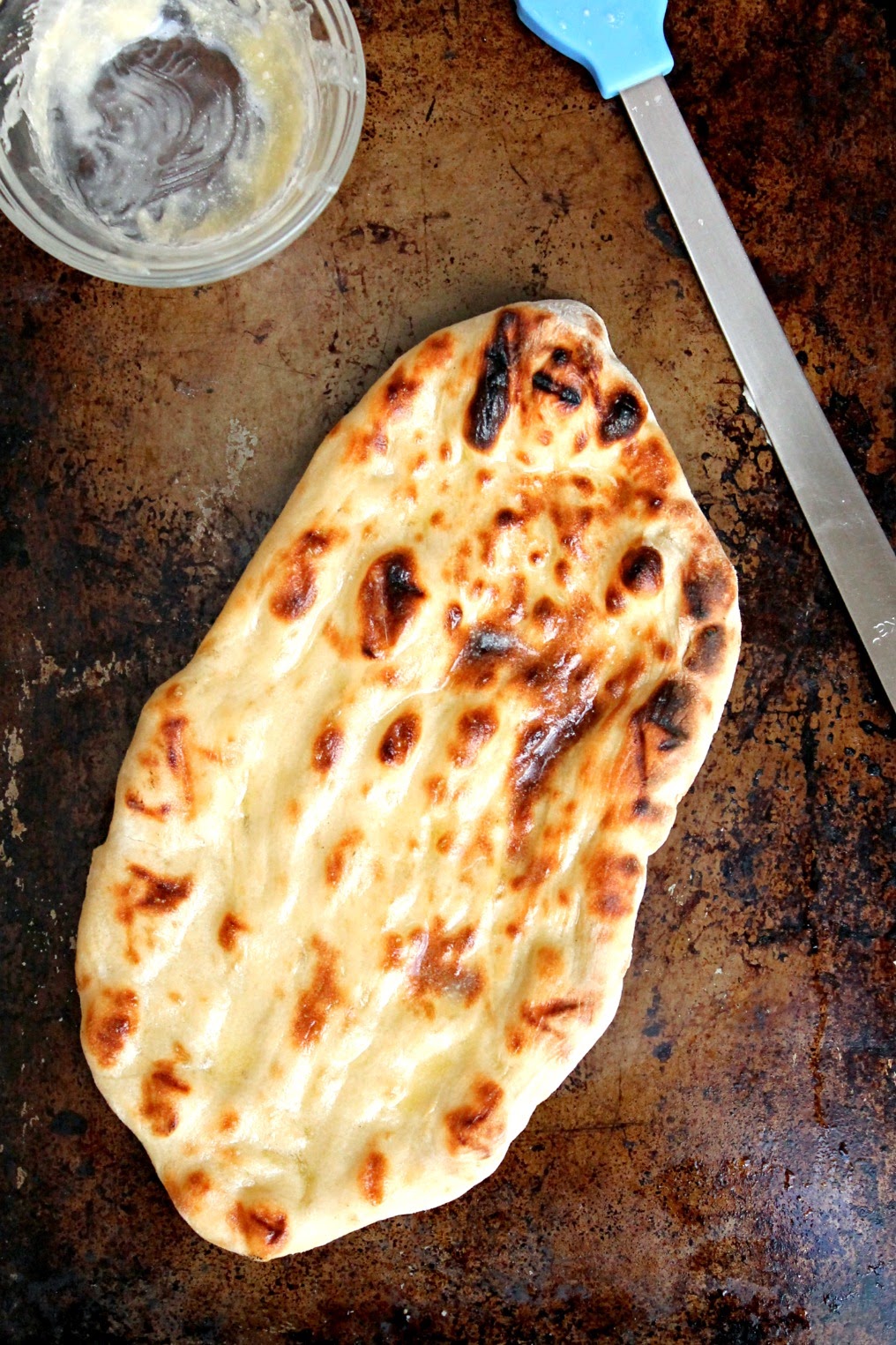 A few weeks ago I shared with you a recipe from Ricardo Cuisine for American-Style Pancakes.  In my post I told you about Ricardo's magazine that is now available in English.  Today I'm sharing with you my re-creation of one of his many Barbecue Recipes.  I wanted to do something different than grilling meat.  Last year we made a lot of pizza on the barbecue and it was amazing!  So I decided to try out Ricardo's recipe for Grilled Naan.

This recipe makes four naan.  It is a very simple recipe.  The dough rises for one hour.  I preheated my oven to 200°F, shut it off and then put the dough in the warm oven to rise.  You then shape the dough and put it on the grill.  It grills up very quick on the barbecue.  The melted butter gives it wonderful flavour and colour.  The naan was gone in no time!  My kids loved it and dipped it in the leftover butter.  We didn't even get a chance to have it with our meal.  I know it would go amazing with one of our traditional Indian dishes.  This is different from a traditional naan mainly because it's not made in a tandoor but this is a great way to make naan at home.

To get the recipe head over to Ricardo Cuisine!