When celebrating special occasions like anniversaries, an elegant dessert is a must.  The Baklava Cheesecake recipe I am sharing with you today would be perfect to serve when celebrating an event such as an anniversary.  It combines two of my favourite desserts, Baklava and Cheesecake!

This dessert requires a few steps so it takes some time to make.  It is also a very rich dessert making it perfect for a special occasion.  This cheesecake has a soft texture unlike the typical dense cheesecakes and it is studded with a walnut filling throughout.  The whole cheesecake is encased with phyllo dough and then after it is baked, drizzled with a Cinnamon Honey Drenching Syrup.

To make this cheesecake you will need the following ingredients needed: 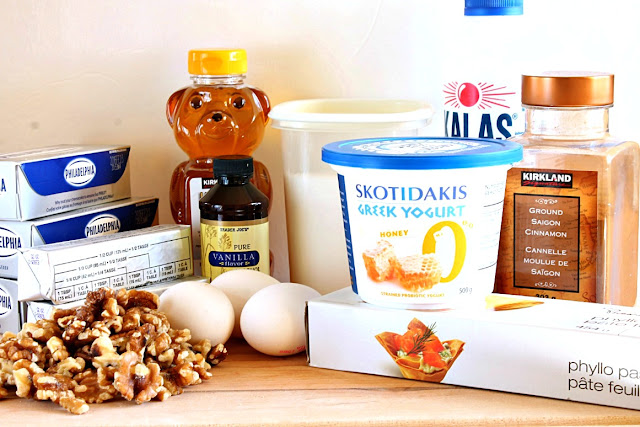 First prepare the Cinnamon Honey Drenching Syrup and allow to cool completely.  After the walnut mixture and cheesecake filling is prepared, the phyllo is layered into a springform pan. 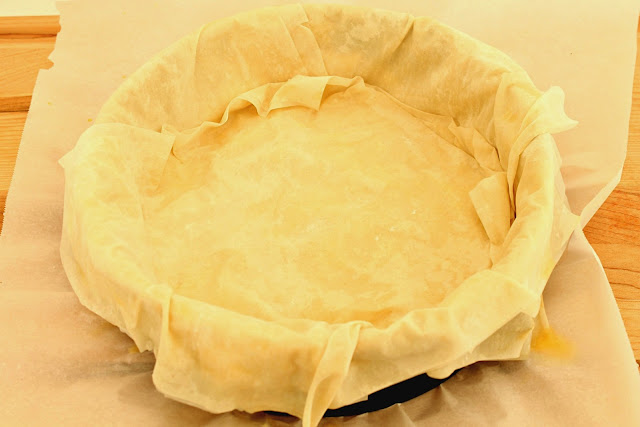 Pour in the cheesecake filling and drop spoonfuls of the walnut mixture on top. 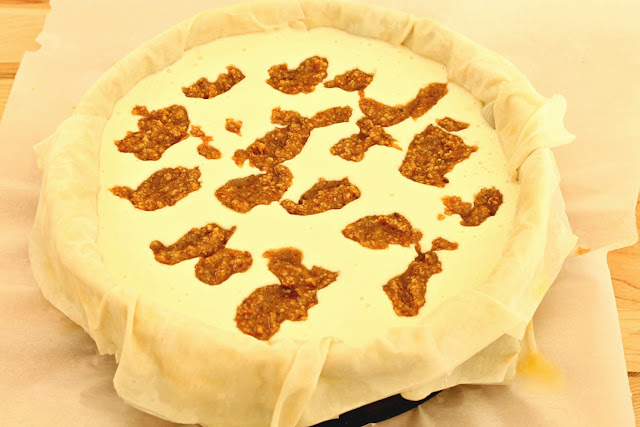 Fold the phyllo dough over on top of the cheesecake and bake in the oven. 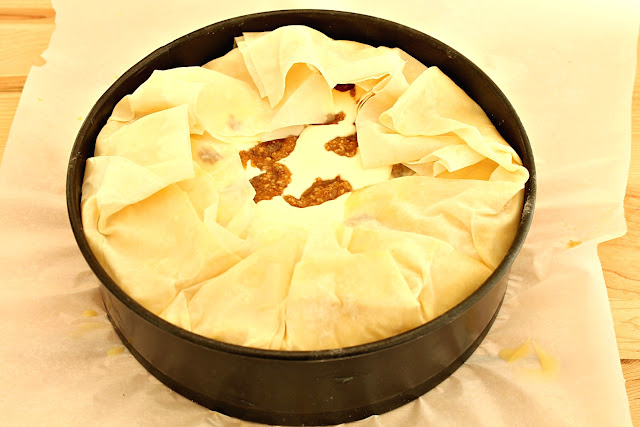 Once the cheesecake is baked, allow to cool and then place in the fridge for a few hours.  Serve with the Cinnamon Honey Drenching Syrup drizzled all over the cheesecake.  Do not skip the Syrup as it really takes this dessert over the top and is a must.  I have to admit I didn't drizzle but spooned it on top so the cheesecake was drenched!

For the detailed instructions, scroll to the end of this post.

When planning an event, Evite is a great way to get friends and family together and we all know life's better together!  I haven't looked at the Evite website in a long time.  I was happy to find that they have a great variety of invitations for just about every event.  I also love that it's paperless!

As I was browsing the Evite anniversary invitations, I noticed this design because of how elegant it looked.  It would be perfect to use for an upcoming Wedding Anniversary.  I thought this Baklava Cheesecake would make a great dessert for an anniversary.  This was my first time making an invitation on Evite.  It was very simple to do and I loved how easy it is to customize.  Another feature that I love is how it makes keeping track of the attendees so easy. This is very useful if you are having a large function. 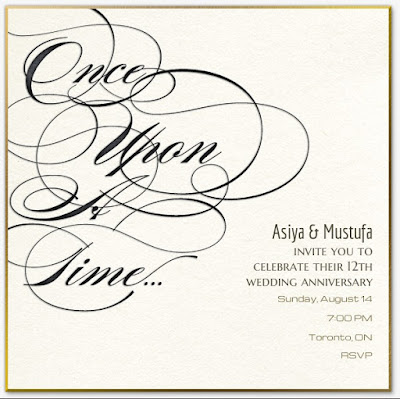 If you would like to give Evite a try, they are giving Chocolate & Chillies readers 15 Free Premium Thank You Cards.  Just use the code ABTHANKYOU15.  This code is good through November 30, 2015.

Cinnamon Honey Drenching Syrup
In a pot, add the sugar, honey and water.  Bring to a boil over medium heat.  Simmer for about 20-25 minutes or until thick and syrupy.  Stir in cinnamon, remove from heat and allow to cool completely.

Cheesecake
Preheat oven to 350°F.  Toast walnuts on a baking sheet (I lined mine with parchment paper) for about 5 minutes.  Allow to cool.  Finely chop 5 oz of the walnuts in a food processor or mini chopper.  Coarsely chop the remaining walnuts for garnish.  In a bowl, stir together the finely chopped walnuts, salt and 1/2 cup of the drenching syrup.

Reduce oven temperature to 325°F.  Open an 8" springform pan.  Lie a piece of parchment along the base with the edges sticking out.  Re-attach the collar.  Spray with baking spray.

Lay the phyllo dough on a clean work surface.  Brush one sheet lightly with butter, fold in half and lay in prepared springform pan with one edge hanging over the collar.  Repeat with remaining 9 sheets, turning and overlapping so that in the end the base is all covered.

Pour in cheesecake mixture and drop spoonfuls of the walnut mixture on top.  Fold over edges of phyllo dough.  Place on a baking sheet.  Bake for 1 hour and 10 minutes or until center is set.  Open over door so that it is ajar, turn off oven and allow cheesecake to sit in the oven until the oven has cooled (about 40 minutes).  Remove cheesecake and place in fridge for a few hours.  Garnish with remaining walnuts.  Drizzle phyllo with the Cinnamon Honey Drenching Syrup.  (Note: I like to drizzle each individual piece with the Cinnamon Honey Drenching Syrup)

When slicing, you will find the bottom of the cheesecake difficult to cut. Be sure to use a sharp nice.

This post is part of a sponsored campaign on behalf of the South Asian Bloggers Network for Evite and I have received compensation for this post. All opinions are my own.
at November 02, 2015
Labels: Cake, Dessert, Walnuts