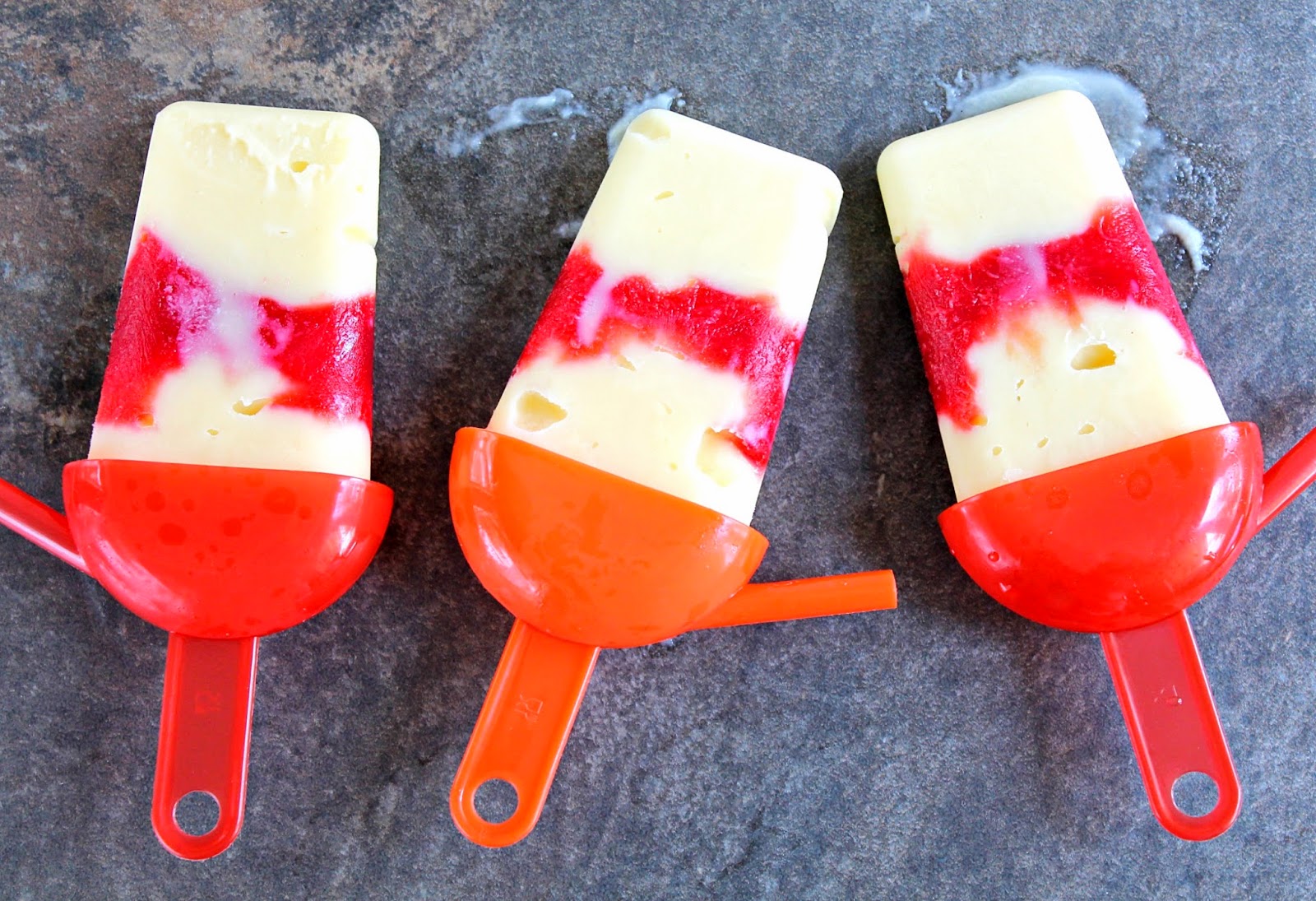 One of our favourite summer time treats is popsicles.  When my brother and I were growing up, my mom would always make sure our freezer was well stocked with popsicles.  Little did I know how easy it is to make popsicles and how great they taste!  Recently I made some Creamy Chocolate Pudding Pops.  We all really enjoyed them.  They were extremely quick to make but I never liked how they use Instant Pudding and Cool Whip.  I usually prefer to make things from scratch because I know everything that is in them and they always taste better.  Canadian Living's latest Make It Share It is Vanilla Plum Swirl Pudding Pops where everything is made from scratch.

These pops involve making an egg-based pudding and a plum swirl.  For the pudding, I used sugar, cornstarch, vanilla, homogenized milk, eggs and a pinch of salt. 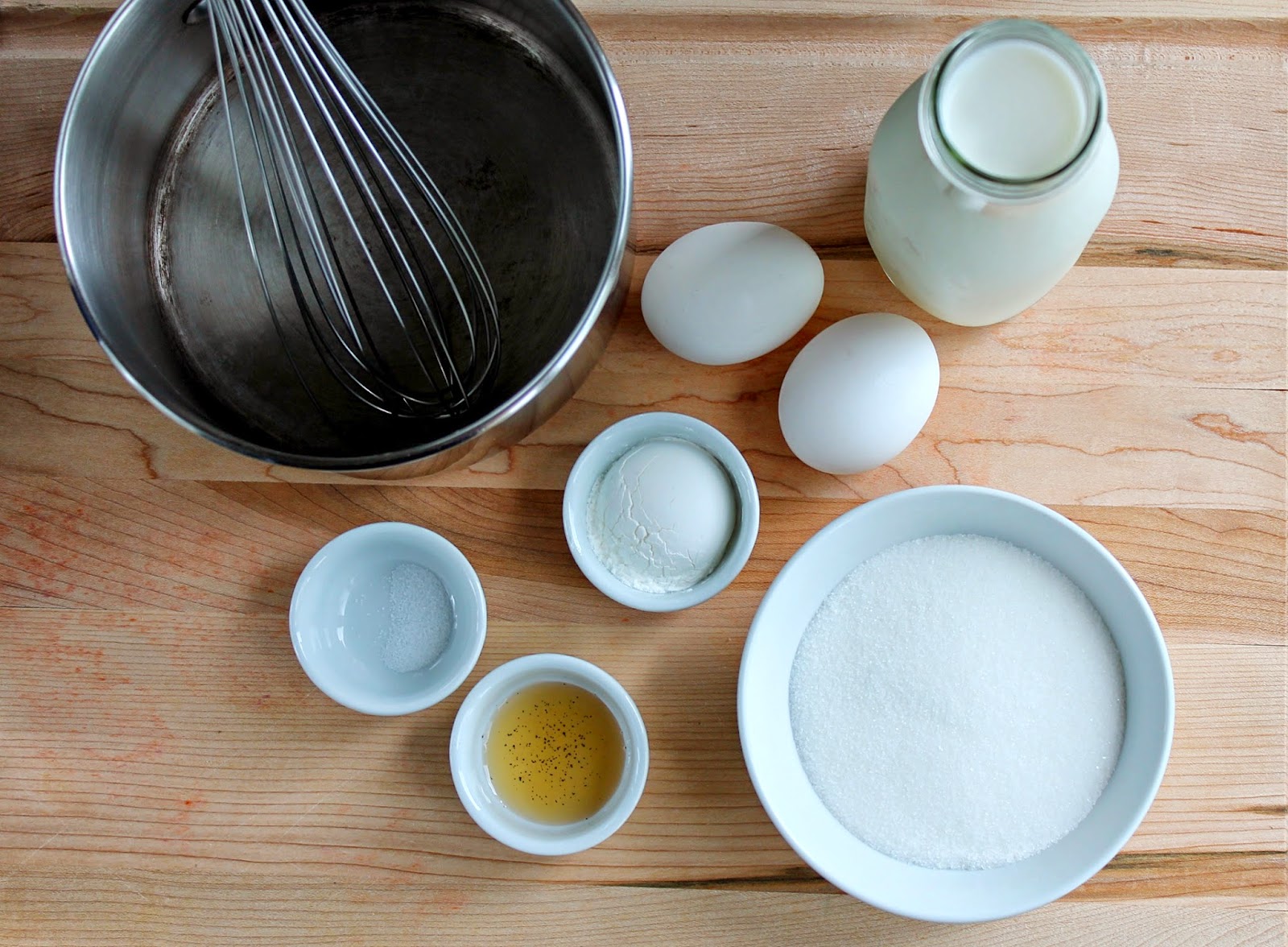 In a saucepan, whisk together the sugar and cornstarch. 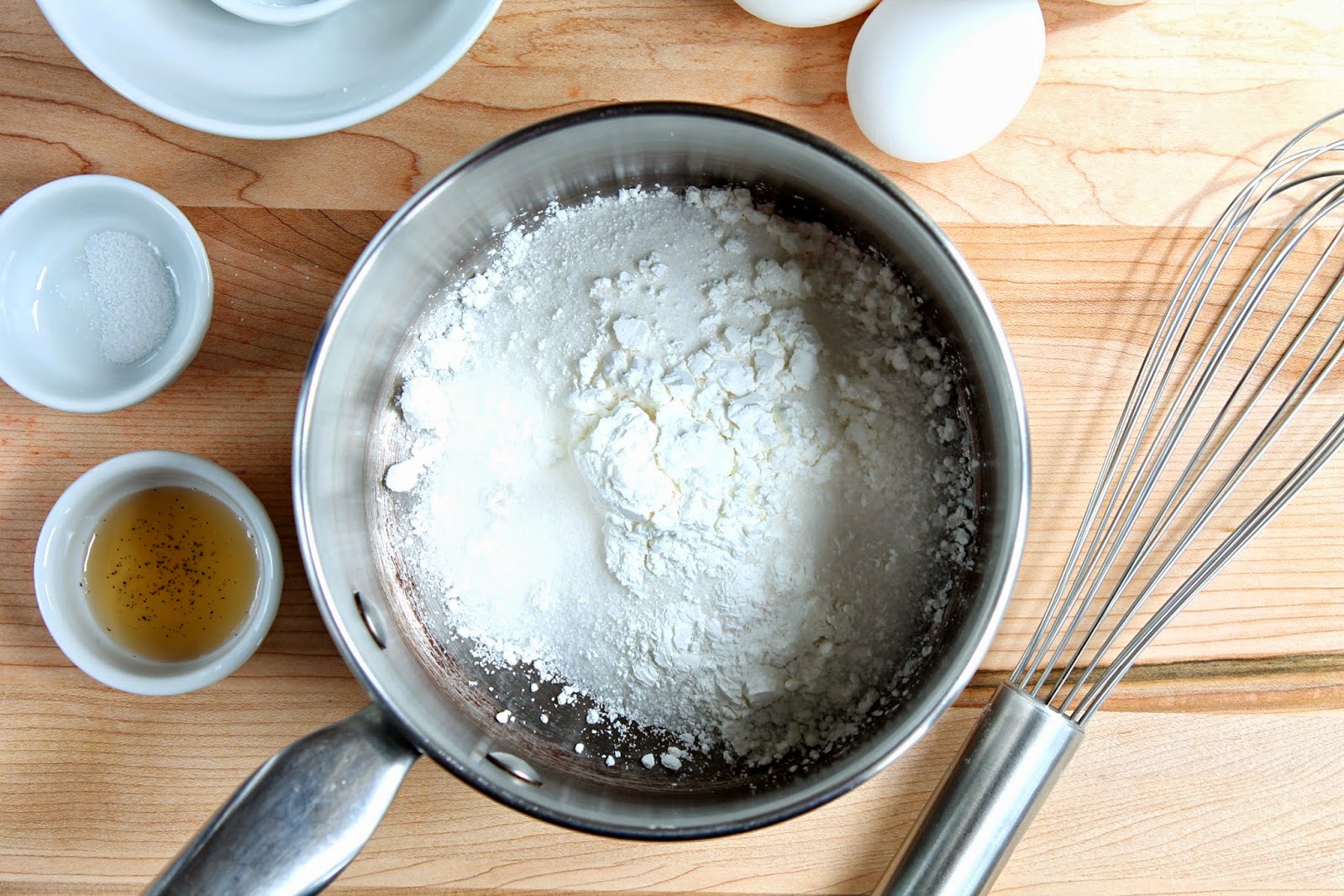 Add the milk and whisk over medium heat until it has begun to steam. 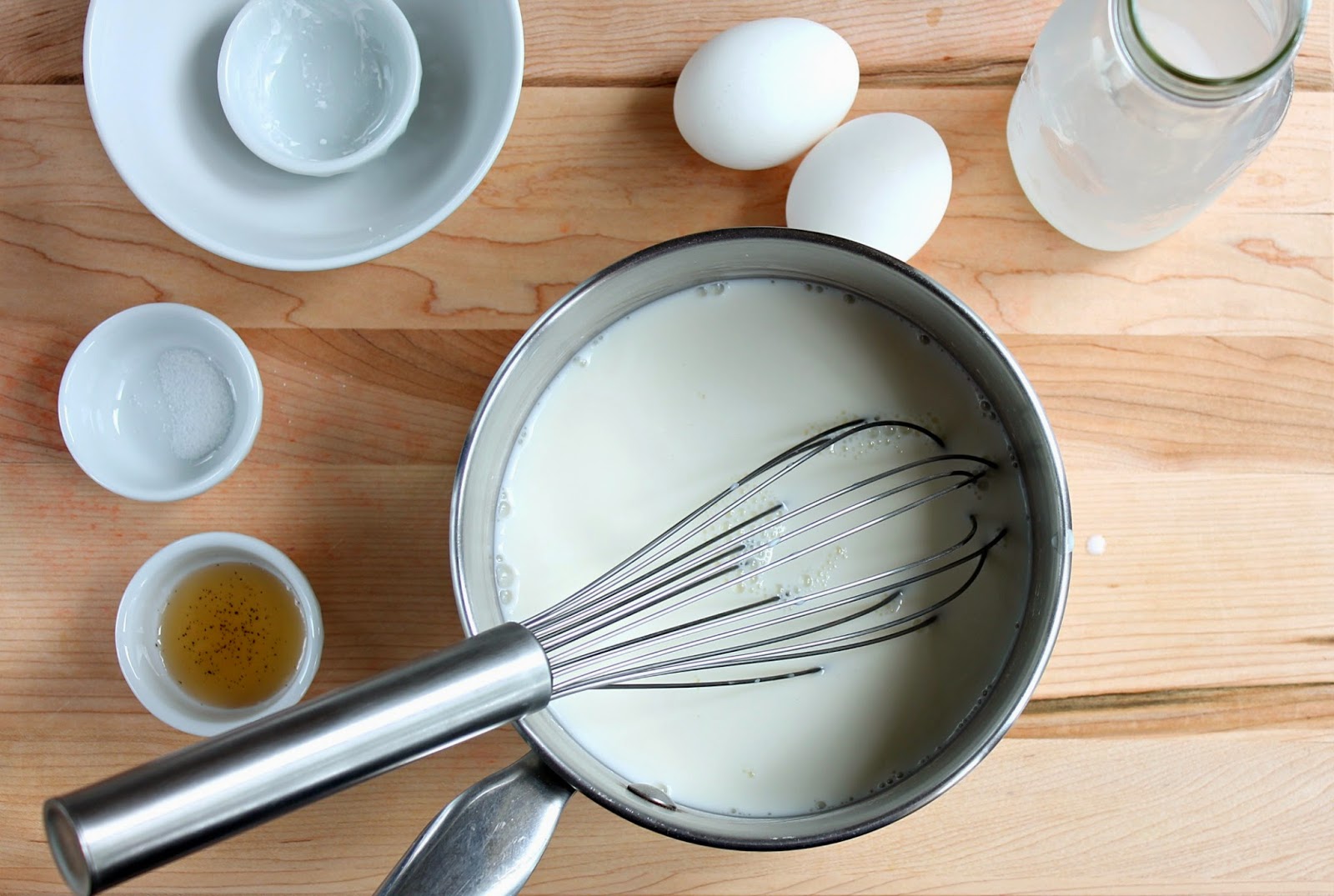 In a bowl whisk together the eggs and salt.  While whisking, slowly add half the steaming milk to the eggs.  Return the pot to the stove and whisk in the egg/milk mixture.  Whisking constantly, cook until it is thickened and bubbly.  Take it off the heat and mix in the vanilla extract. 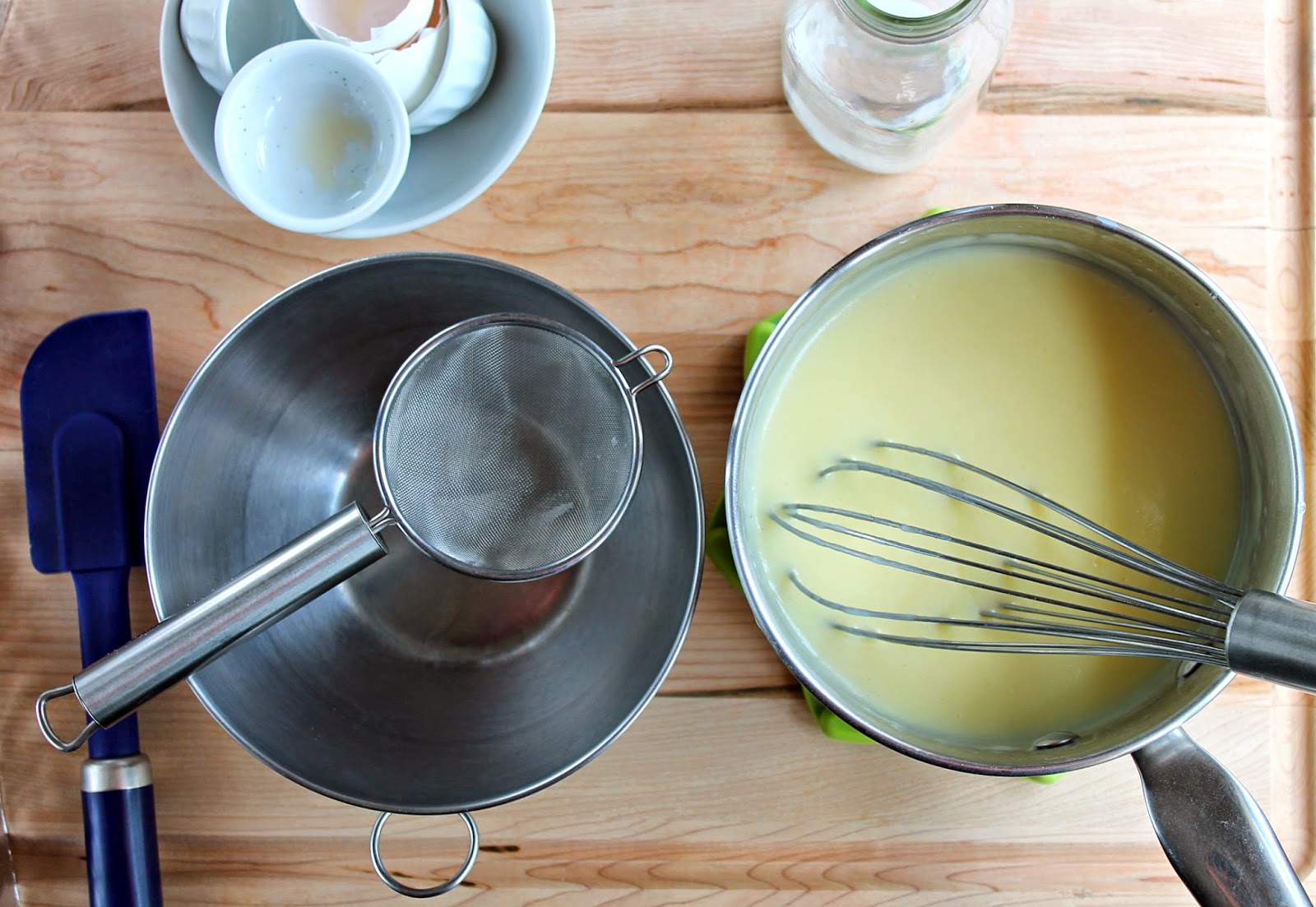 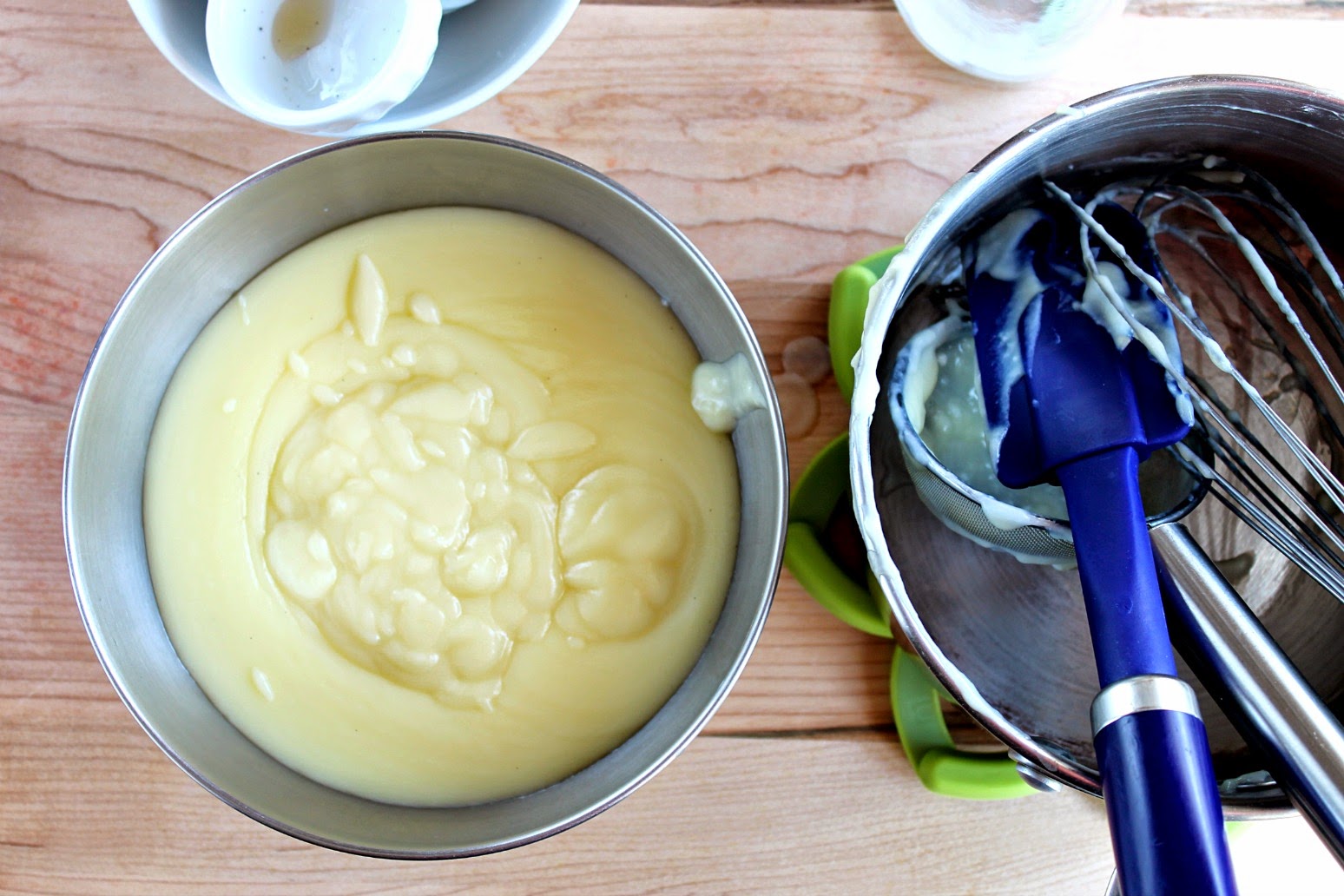 Cover with plastic wrap placed directly on the surface and refrigerate until chilled.  Meanwhile, make the plum swirl.  You will need plums, sugar and lemon juice. 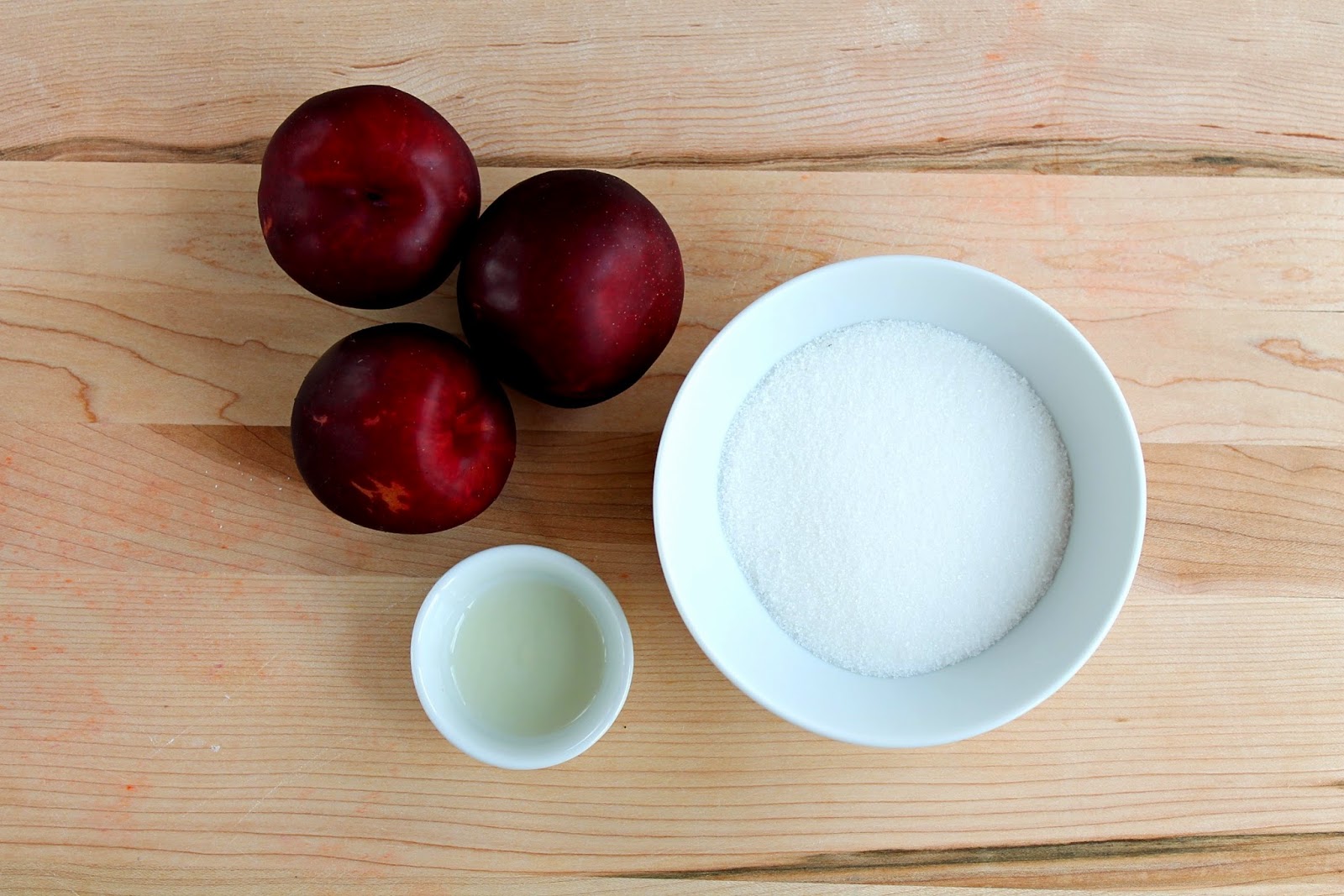 Chop the plums.  To a saucepan, add the chopped plums. sugar and 3 tbsp of water. 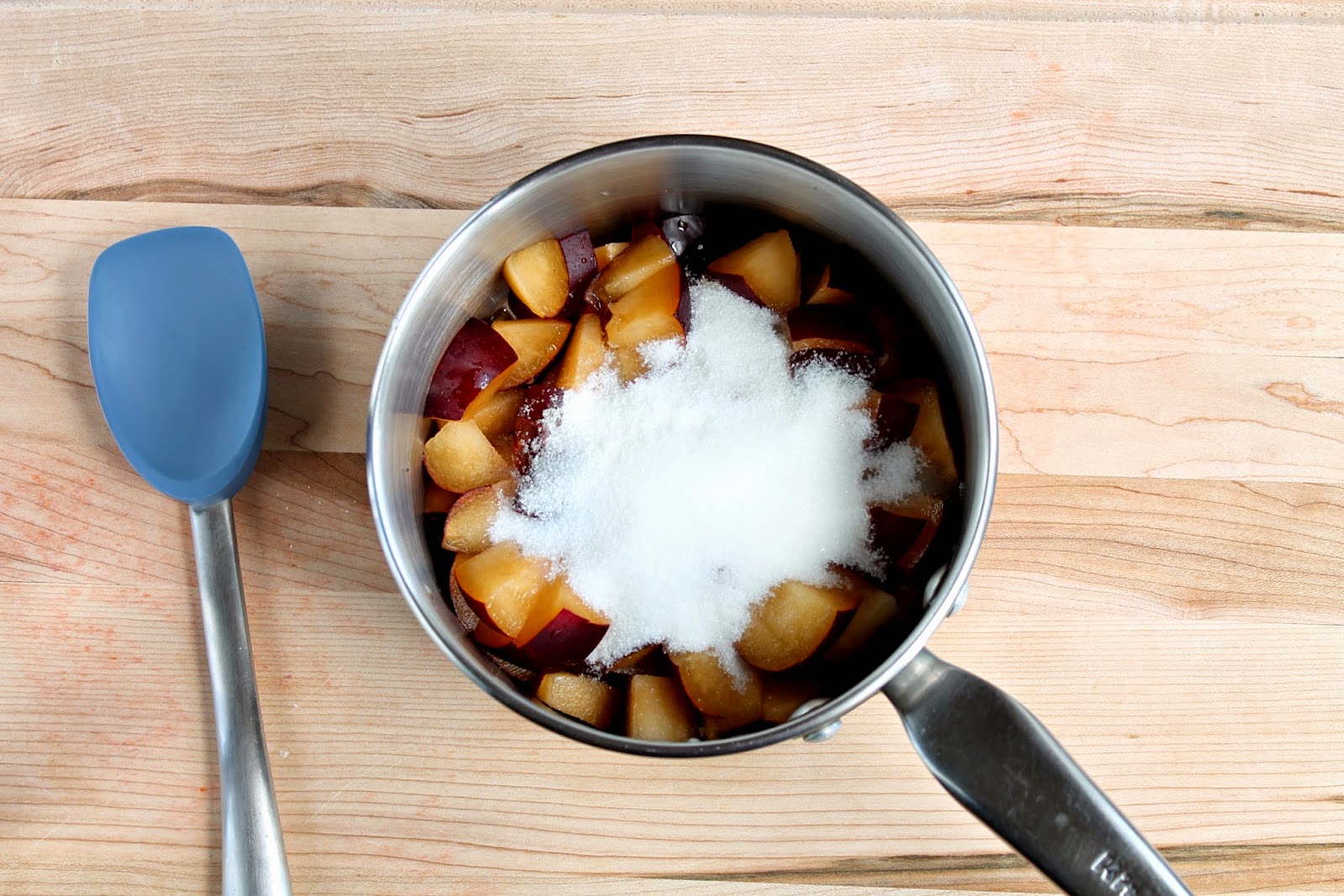 Over medium heat, bring the plums to a boil.  While stirring, simmer until the mixture resembles jam and the plums have broken down.  Strain the plum sauce through a fine mesh strainer. 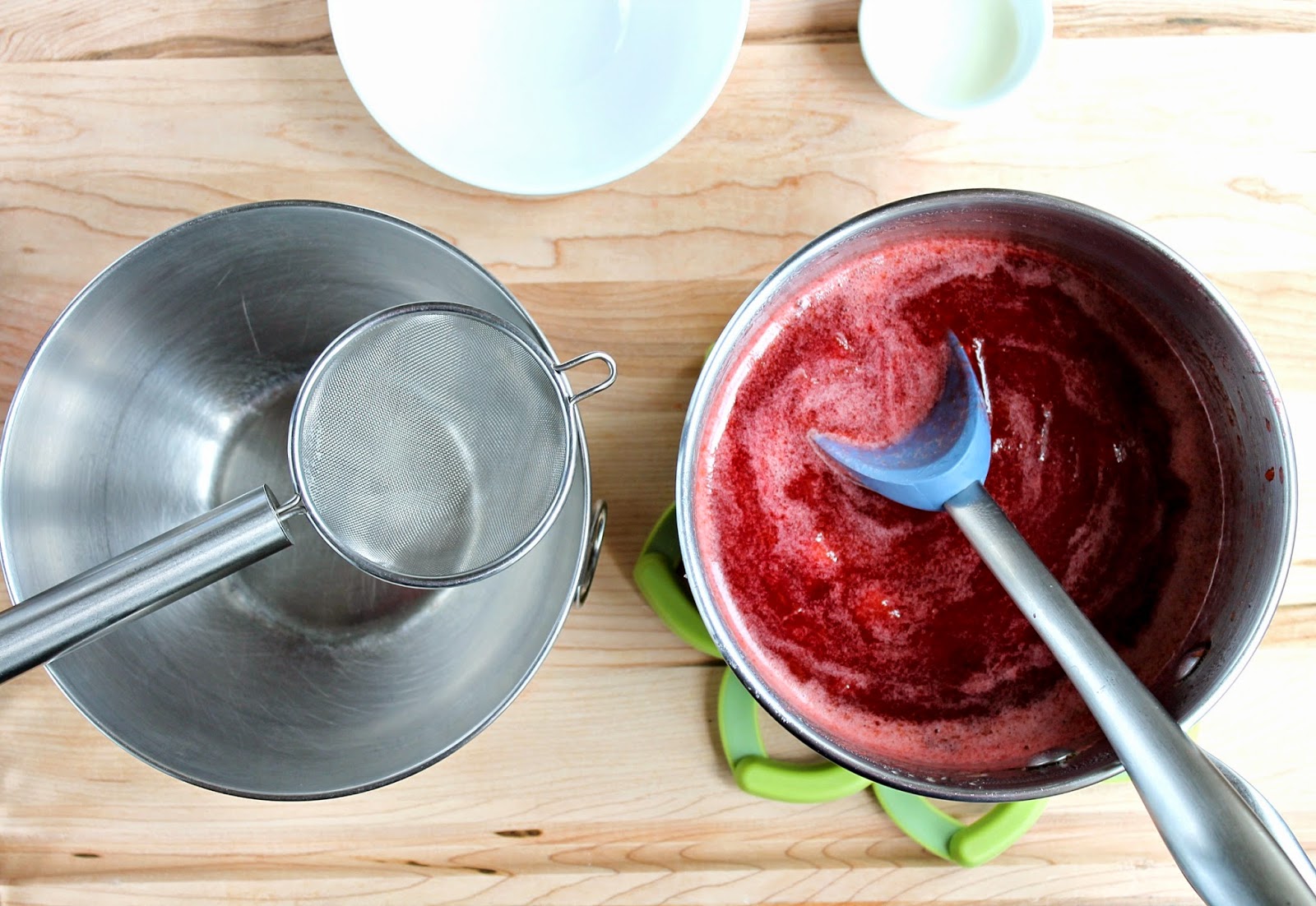 Push the fruit down with a spoon and discard the skins.  My strainer is very small so this took me some time to do.  Chill this in the refrigerator. 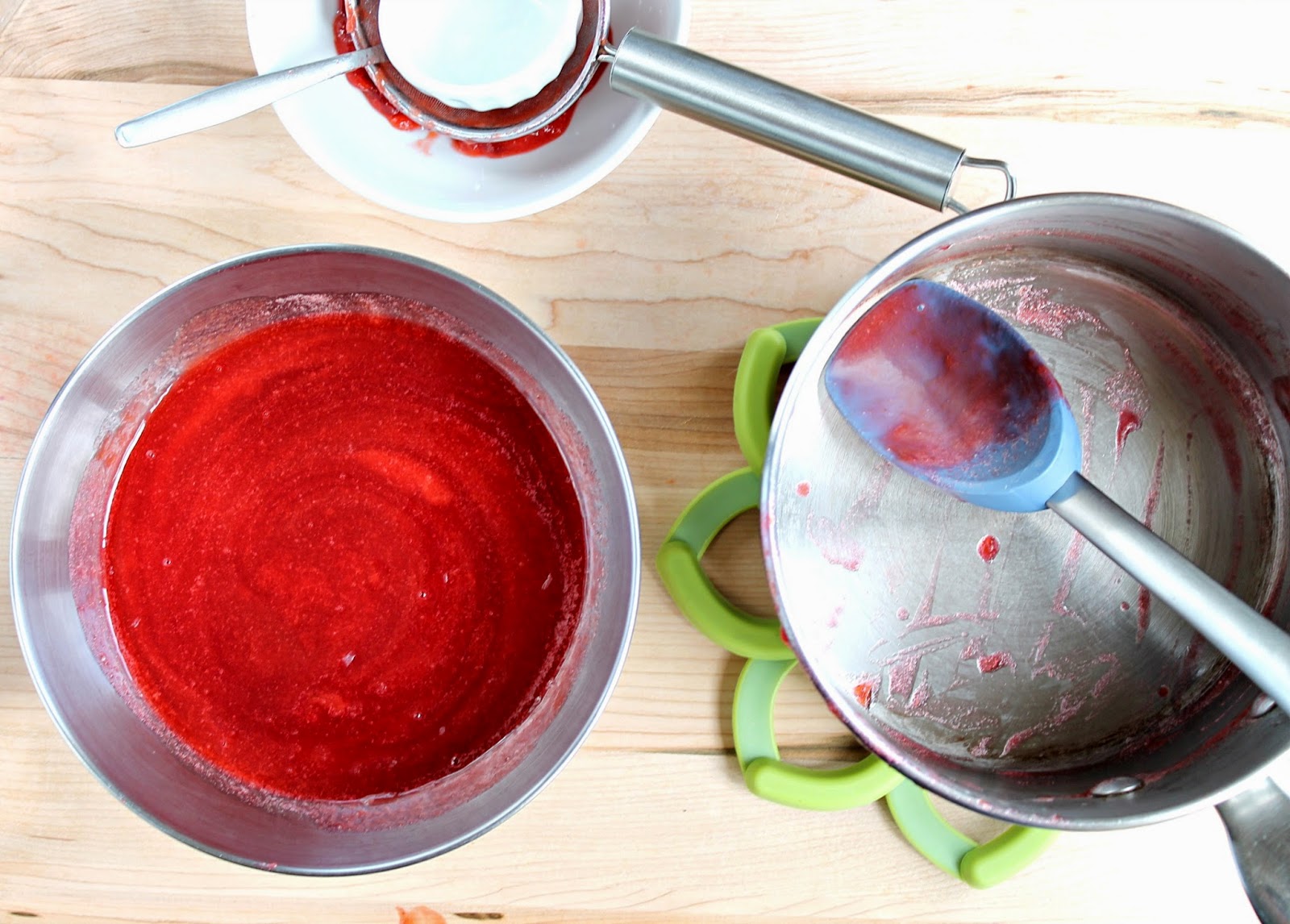 Once everything is chilled, assemble the pops by alternately adding the egg pudding and plum swirl, beginning and ending with egg pudding.  Put in the freezer until they are frozen. 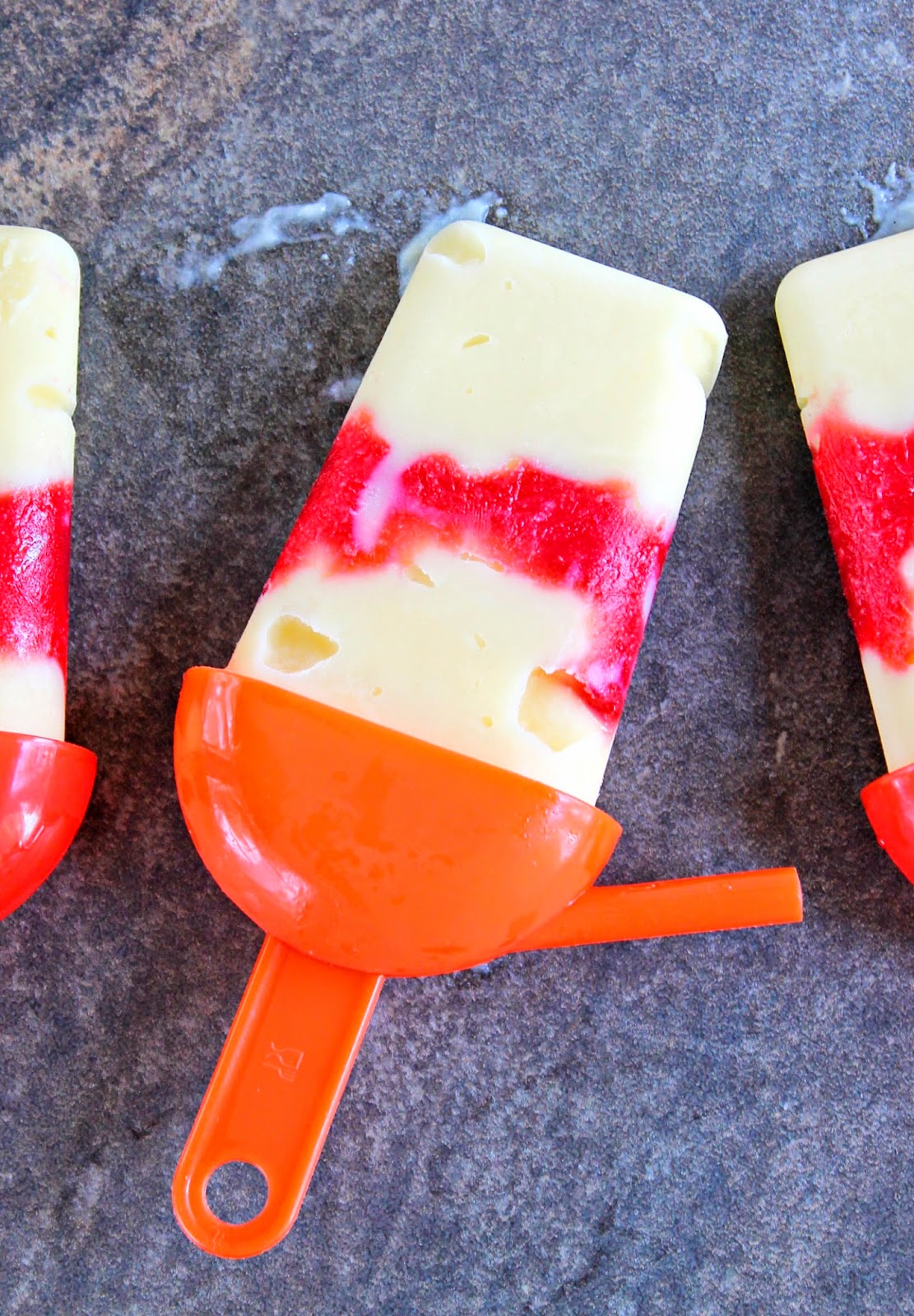 We really enjoyed these pudding pops.  I loved the flavour of the homemade pudding. You can use any leftover plum mixture to stir into your oatmeal, spread on toast or make popsicles.  We chose to make popsicles since we can never have too many!

You can join in the Make It Share It Campaign by making your own Vanilla Plum Swirl Pudding Pops and sharing them on Facebook, Twitter and Instagram using the hashtag #CLIMadeIt.  Watch Canadian Living's Jennifer Bartoli make these delicious pops in this video.

Disclosure: This is a sponsored post for The Canadian Living Blogger Network.  All opinions are my own.
Labels: CLBN Plums Popsicles