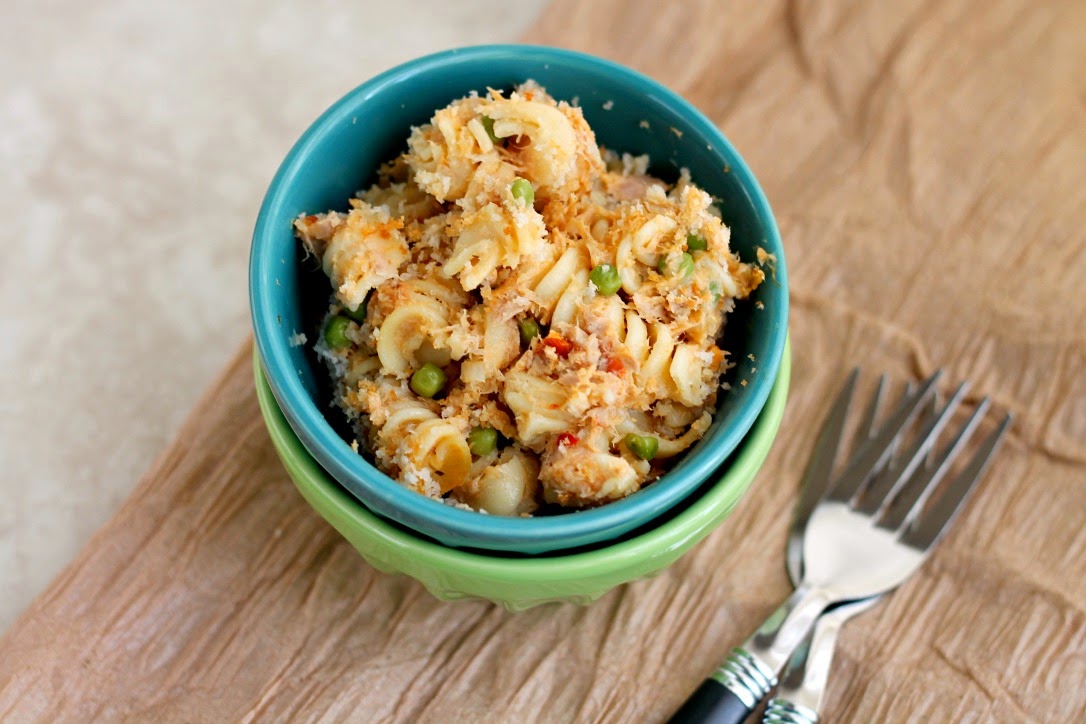 I've never had Tuna Casserole before.  Growing up we ate mostly Indian food.  I've seen lots of recipe floating around for Tuna Casserole and for many it was a staple growing up.  I came across this light version on Martha Stewart.  It seemed simple to put together but lacking in the flavour department.  So I added some La Bomba sauce and dried dill.  I found La Bomba in Wal-Mart in the Italian section.  It's like an Italian achaar!  After my changes it was a definite winner for us.

In a bowl mix together panko and 2 tsp olive oil.

Cook pasta according to package direction but cook for 2 minutes less.

While the pasta is cooking, heat 2 tbsp olive oil in a pot over medium-high heat.  Add the onions and season with salt and pepper.  Cook until softened, about 8 minutes.  Add La Bomba, dill and bouillon cube and mix.  Add the flour and mix until the onion mixture is coated with the flour.  While mixing, slowly add the water followed by the milk.  Bring to a boil while stirring.  Reduce the heat and simmer the sauce until it has thickened, about 15-20 minutes.  I usually make the sauce ahead.

Add pasta, tuna and peas.  Season with salt and pepper.