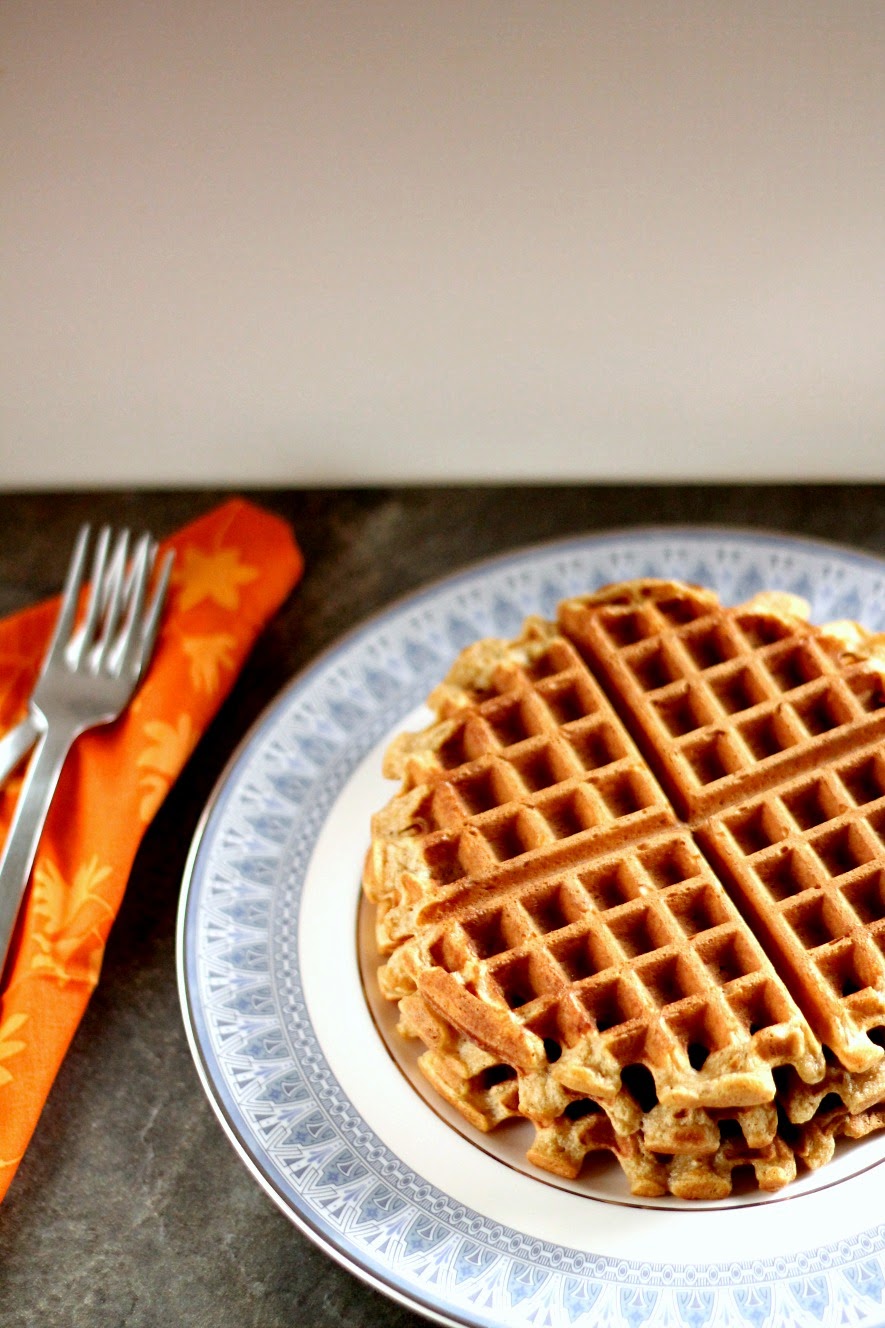 This may be my last pumpkin recipe of the season....pumpkin puree is almost done and the last couple of recipes I've made have not turned out well.  These waffles on the other hand were a hit!

Hasan's favourite breakfast is waffles so naturally he asked me to make pumpkin waffles.  I wasn't sure if he would like them due to all the spices in the batter.  But he loved them as did Bilal!  This recipe requires separating the eggs and beating the egg whites to soft peaks and folding in.  I think this step is crucial to lighten up the waffles.  Otherwise I can see the waffles coming out dense without this step.  I made half the recipe below and got about 8 waffles.  How many waffles you get will depend on your waffle maker.  I currently use an older version of this one.  I'm not very happy with it.  It doesn't always brown evenly and I always have a hard time getting nice round waffles since it isn't very deep and the batter easily overflows.  Do you have a waffle maker you love?  Share in the comments below!

In a separate bowl, whisk together egg yolks, buttermilk, pumpkin puree and melted butter.  Add the dry ingredients and whisk until just combined.

In a separate bowl, whisk the egg whites until soft peaks form.  Fold this into the batter until just combined.  Cook according to your waffle maker's instructions.