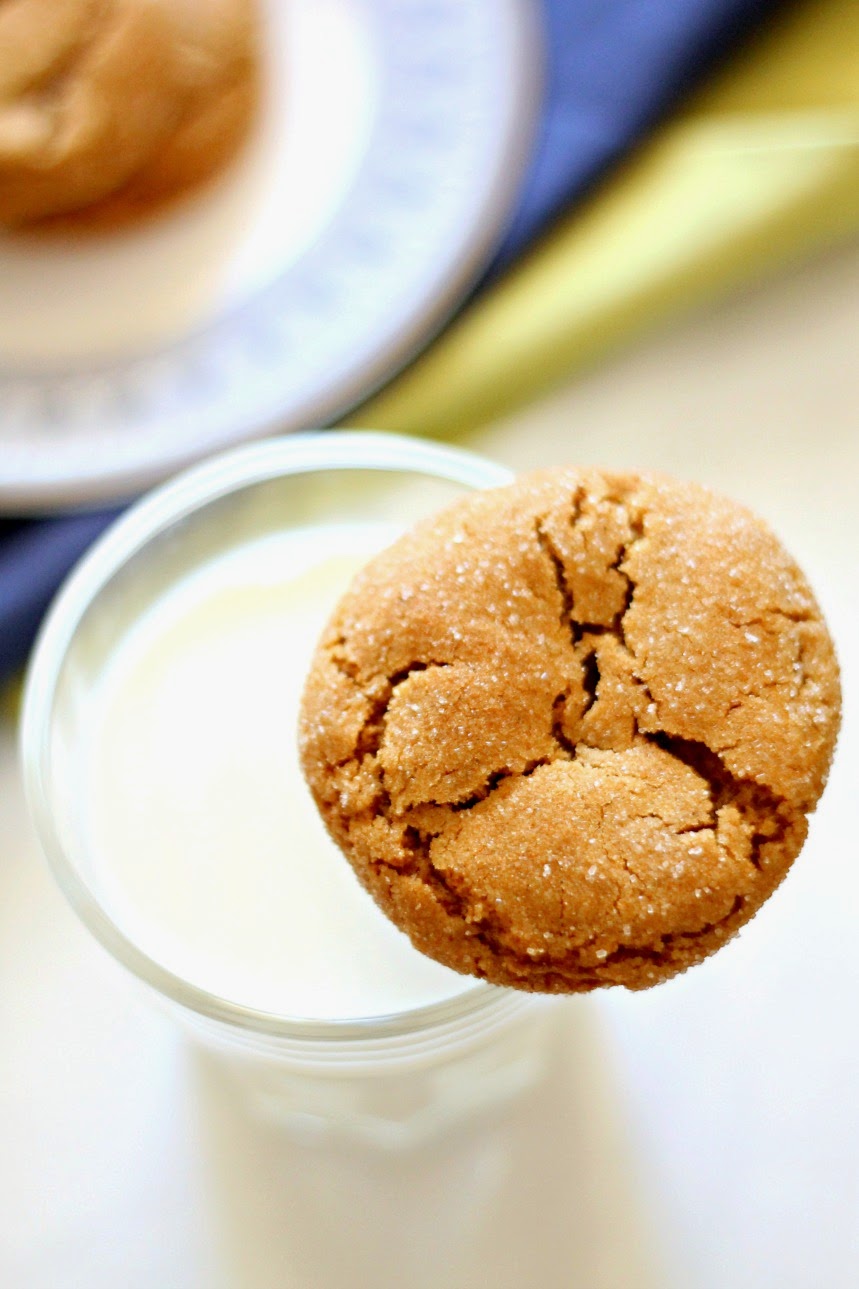 It's the end of the month, which means it's Secret Recipe Club time.  This month I was assigned Without Adornment written by Bean.  Bean's blog is gluten free and she has many recipes that are egg, dairy and refined sugar free.

I love to bake but am not familiar with gluten free baking.  I decided to choose a cookie recipe from Bean's blog and adapt it to include gluten.  Gluten free baking requires a lot of ingredients which I don't have on hand such as rice flour, sorghum flour and millet flour to name a few.

When I saw Bean's recipe for Ginger Crinkle Cookies, I knew this was the recipe I wanted to make.  Ginger Cookies have always been a favourite of mine.

I made these cookies in a bowl with a hand mixer but next time I would use a mixer because the dough was flying around and my hand mixer is much harder to control when the dough is thick.  I love how the cracks in the cookie develop as they baked.  These cookies have a lot of spice so I wasn't sure how the kids would react.  I took them with me when I picked them up from school for a snack and they loved them!  The clove flavour was quite strong.  I had only baked half the batch since I was in a rush and kept the other half in the fridge.  A couple days later, I baked the batch that was in the fridge and the flavour of the cookie had changed.  The ginger flavour became more pronounced and the clove flavour wasn't as overpowering.  I preferred the flavour of the cookie after it sat in the fridge. The taste was closer to the ginger cookies you buy at the store.  My boys loved them either way.

If you follow a gluten free diet, I encourage you to visit Bean's blog.  She has a lot of recipes for gluten free baked goods!

In the bowl of an electric mixer fitted with the paddle attachment, add the brown sugar, oil, butter, molasses and egg.  Gradually add the flour mixture and beat until just combined.  Divide the dough into 2 balls and cover in plastic wrap.  Place in refrigerator for 1 hour.  I recommend leaving the dough in the fridge overnight.  The ginger flavour becomes more dominant and the clove flavour is less strong.